I was delighted to get an email enquiry about doing photos for an upcoming 50th anniversary which their daughter, Liz, was organising as a surprise for them.  Pat and John were married in 1966 at St Mary on the Quay Catholic Church in Bristol and having since moved from the area were planning to visit Bristol for a romantic weekend to celebrate 50 years together.  Little did they know that Liz was planning for the whole family to come along for a surprise!  Liz lives in Scotland but with the power of technology at our fingertips, a few emails and my knowledge of the area we arranged a time to meet and a location for photos.  Pat and John were having a blessing at St Mary on the Quay and Liz wanted to recreate a photo of Pat and John which was taken outside the church on their wedding day.  Some photos were emailed to me ahead of the shoot for me to get an idea of where we'd need to be, which happened to be just outside the church against the wall.  It was a great idea and was nice to see the two images come together from 1966 and 2016. 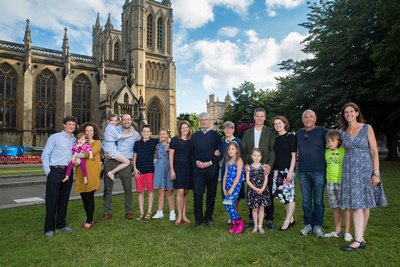 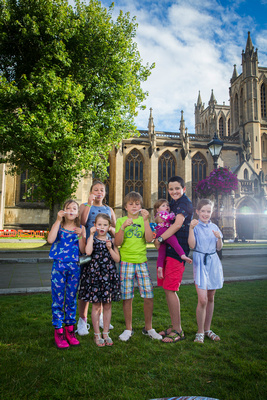 As the church is situated on Colston Avenue in central Bristol I led the jubilant family up to College Green for a bit more space.  The whole family was in a great mood and the sun was shining for us.  Many of the locals were gathered on the Green in groups of families and friends enjoying some downtime after their busy week.  We found a little spot by the Bristol Cathedral which, along with the City Hall, made for some historical and beautiful backdrops.

As we only had an hours shoot before everyone went off for dinner I'd asked Liz to prepare a list of the group shots she wanted.  I always do this for weddings as it makes the whole process so much quicker if you know who the next group is so they can jump in.  It also keeps the energy and momentum up so no one loses interest and stays in the zone!  I needn't have worried about that at all as everyone was in such good spirits that their enthusiasm for getting some great shots matched mine!  It is always a pleasure to photograph people in that atmosphere as it's very fun, relaxed and natural, and with a close family like this there was lots of banter and joking around which I found highly amusing.

We made the most of the backgrounds as I moved my lighting equipment around to vary the shots from wide's to close ups. 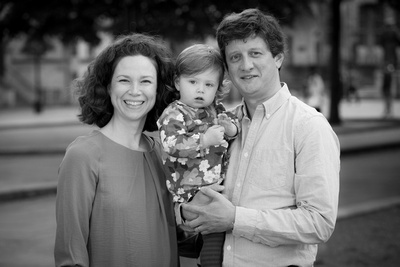 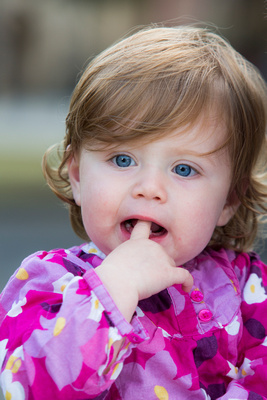 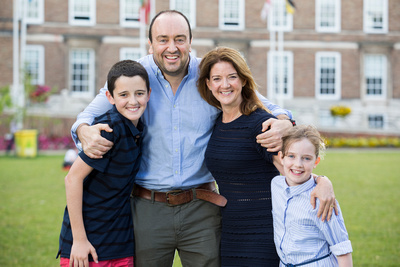 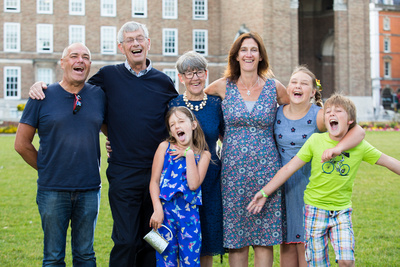 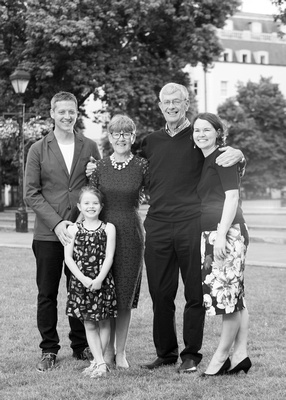 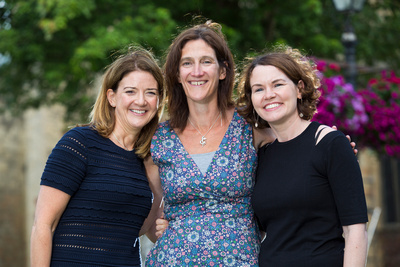 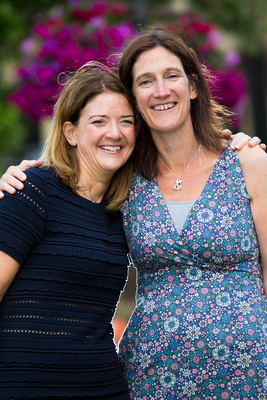 There was also lots of funny faces being pulled which the kids enjoyed! 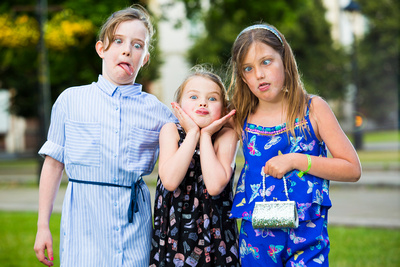 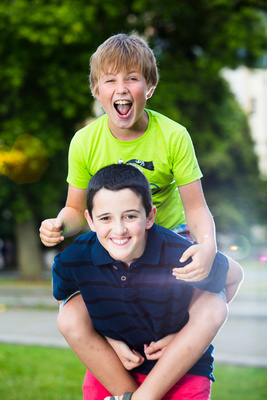 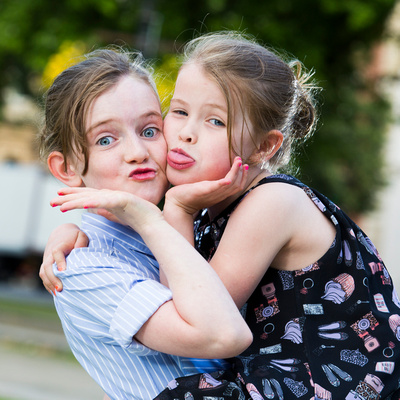 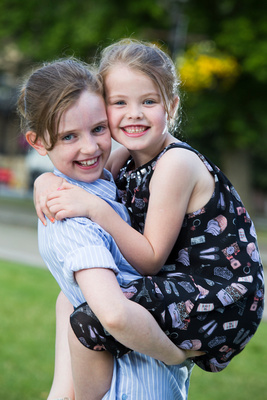 With the shoot coming to an end they saved the best to last with a collective jumping group shot which captured the spirit of their photo shoot perfectly! 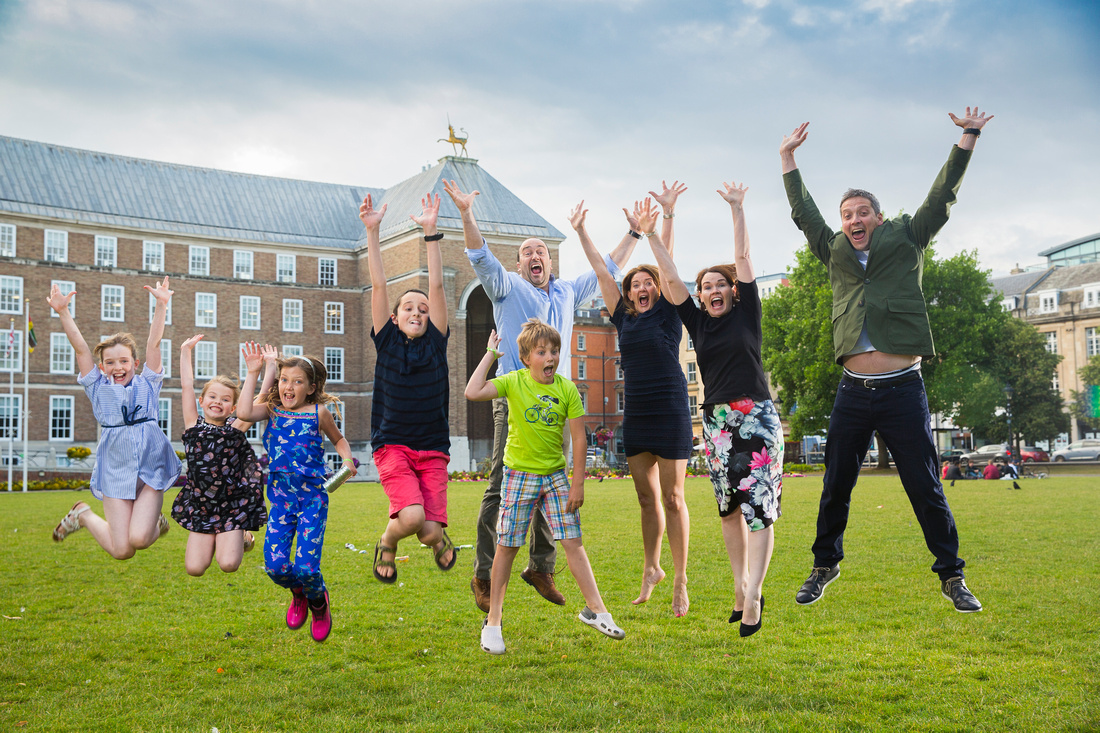 As the whole family were together for the weekend I made an extra effort to ensure the photos were edited and ready to view the next day so they could all see them together.

As well as getting copies of all the images included with the hourly fee for the shoot, Pat ordered 5 x Premium cover A3 albums for the whole family to enjoy, as well as 24"x16" poster print, which they were delighted with.  Click here to see all the photos from the shoot.

I have another similar family event coming up in Bath where we are planning to shoot in Sydney Park so I look forward to letting you know how that shoot goes.  If you'd like to enquire about a photo session for any of the following then please contact me on [email protected] or 07952 993376 - 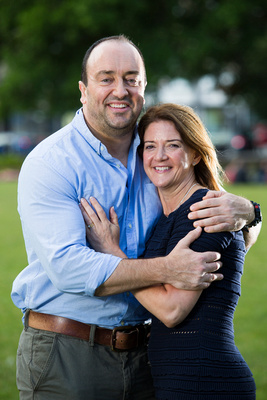 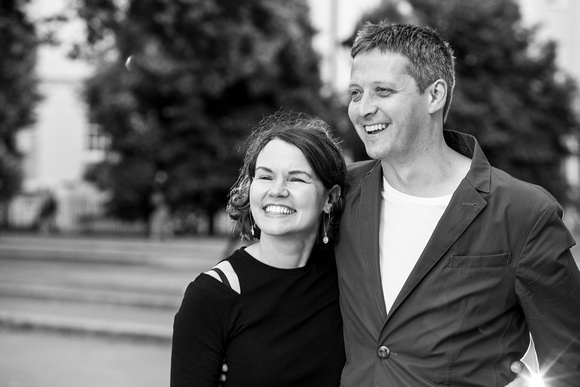