Happy New Year to you all!  I hope you've had a great Christmas.  As 2016 has now been and gone I'm taking a moment to look back on my favourite photos taken from the many different shoots throughout the year.  There's various reasons for choosing these particular images such as technicality, colour, emotion, timing etc. but on the whole it's how they make me feel when looking at them.

Here they are in no particular order...

I covered my first wedding at the Roman Baths earlier this year after the ceremony has finished and everyone went off to eat I was all alone there.  Normally it's bustling with tourists so it was a nice contrast to see it looking so calm and peaceful.  I love how the colours bring it to life here with the Abbey in the background.  One of Bath's most iconic landmarks would photograph well on any day but getting a chance like this is rare.  I've yet to share the wedding photos from this one yet due to time contraints but look out for the blog in the future. 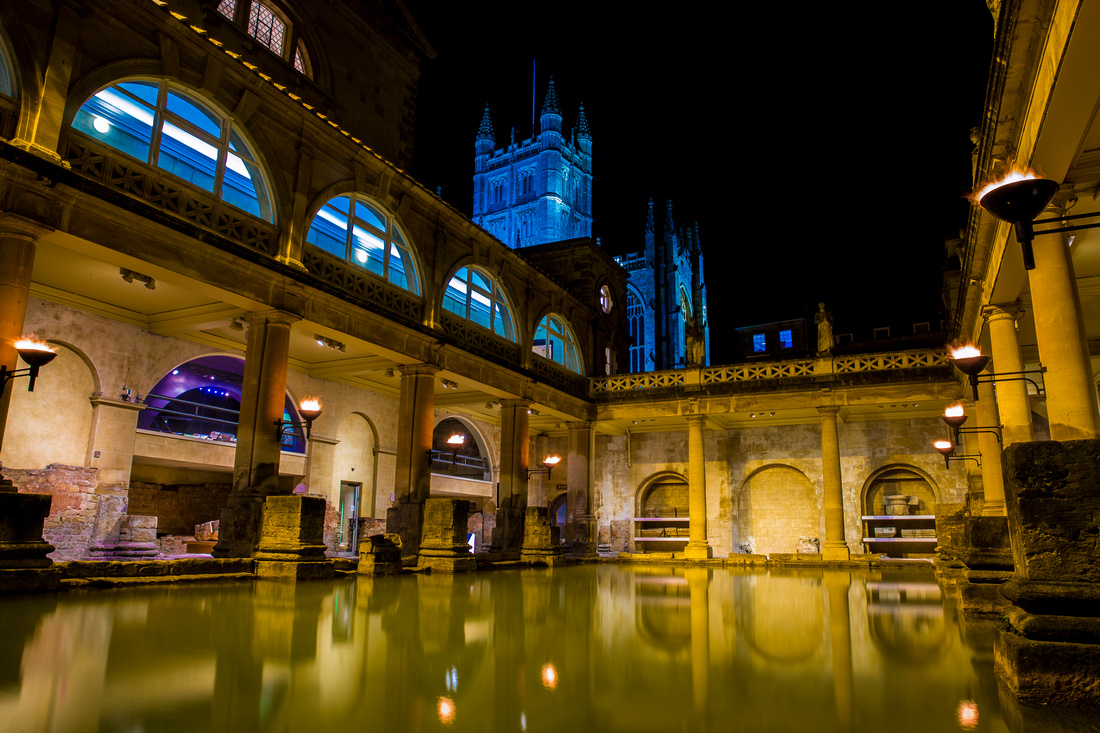 One of my favourite wedding photos from this year and one I had set out to achieve on the day.  It was a swelteringly hot day and the sky was clear all day, and with the space available at Ashton Court Mansion I knew it was going to be possible to set this up.  I stood Katy & Ben directly in front of me with the sun behind them and just said to softly kiss each other on the cheeks, lips and forehead to get a variety of shots.  I have many similar ones to this but love the subtle details of the tie and dress and gaps between their faces that the light shines through.  I've used this images lots in my adverts this year! 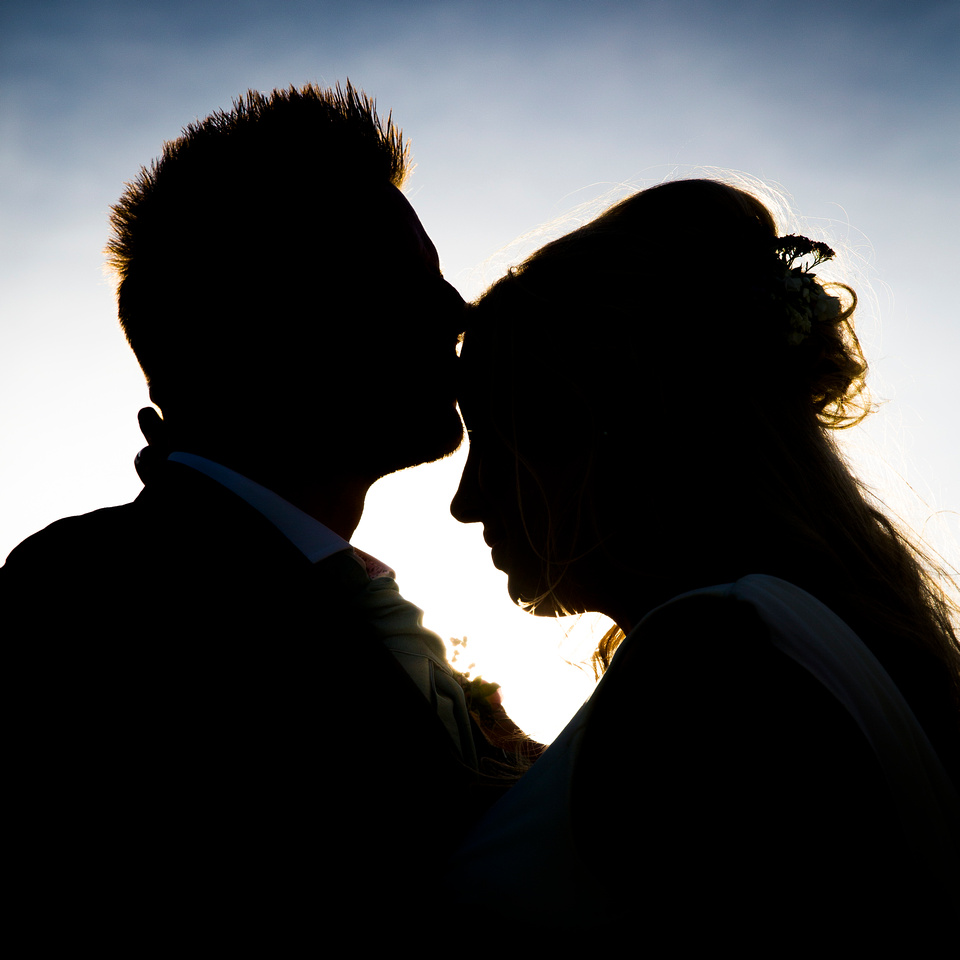 During the summer I ran a special offer of a free family portrait shoot at the local park in my home town of Saltford.  It was a very successful event with all of the 15 minute bookings filled up for the 2 hour slot.  I managed to get lots of great shots that day of some wonderful families and kids.  I noticed that one of the tunnels in the playground had these ripples on the inside which created an amazing pattern so took a few shots in there of some of the children playing. 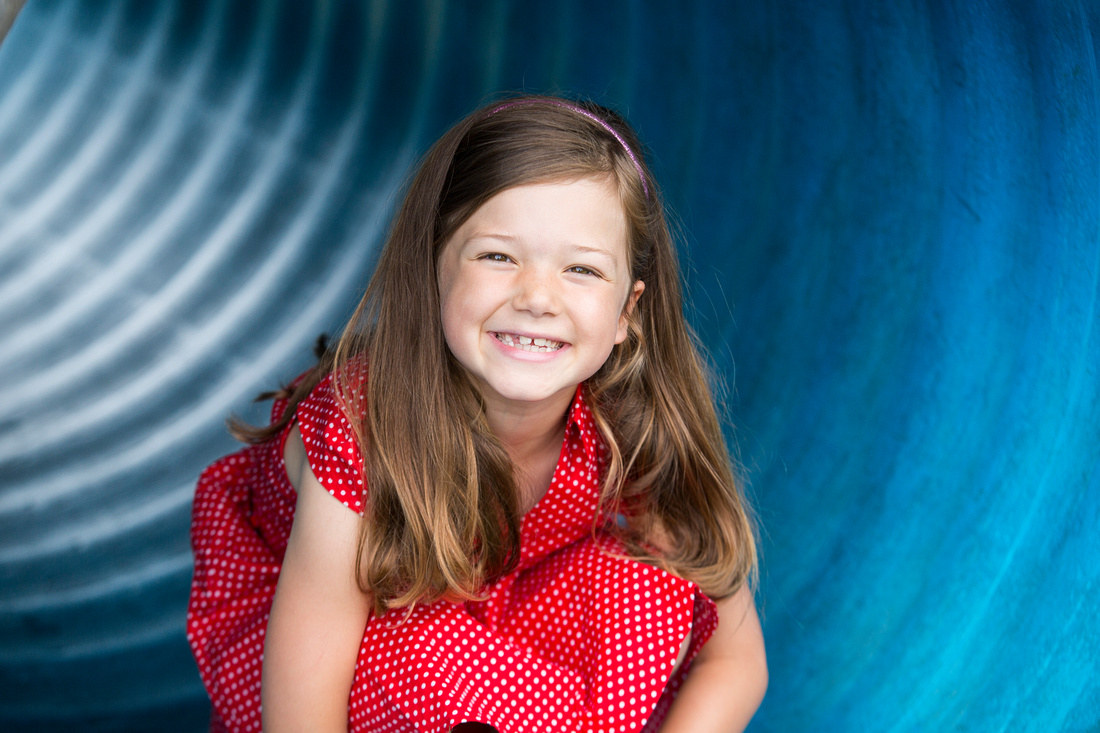 I covered a charity event at Ashton Court Mansion for the showing of Brett Culp's 'Legend of the Knight', a documentary about how the Batman character has influenced people's lives for the better.  Before the screening we were treated to a short live show complete with action scenes featuring all the main characters - Bruce Wayne/Batman (Lee Westney) and The Joker (Michael Griffiths, both below), Alfred, Commissioner Gordon, Harley Quinn, even some Joker Goons.  After the screening I took some profile shots of the cast, and being a comic nerd had an absolute blast doing it!  Check out all the images here.  KA-POW!! 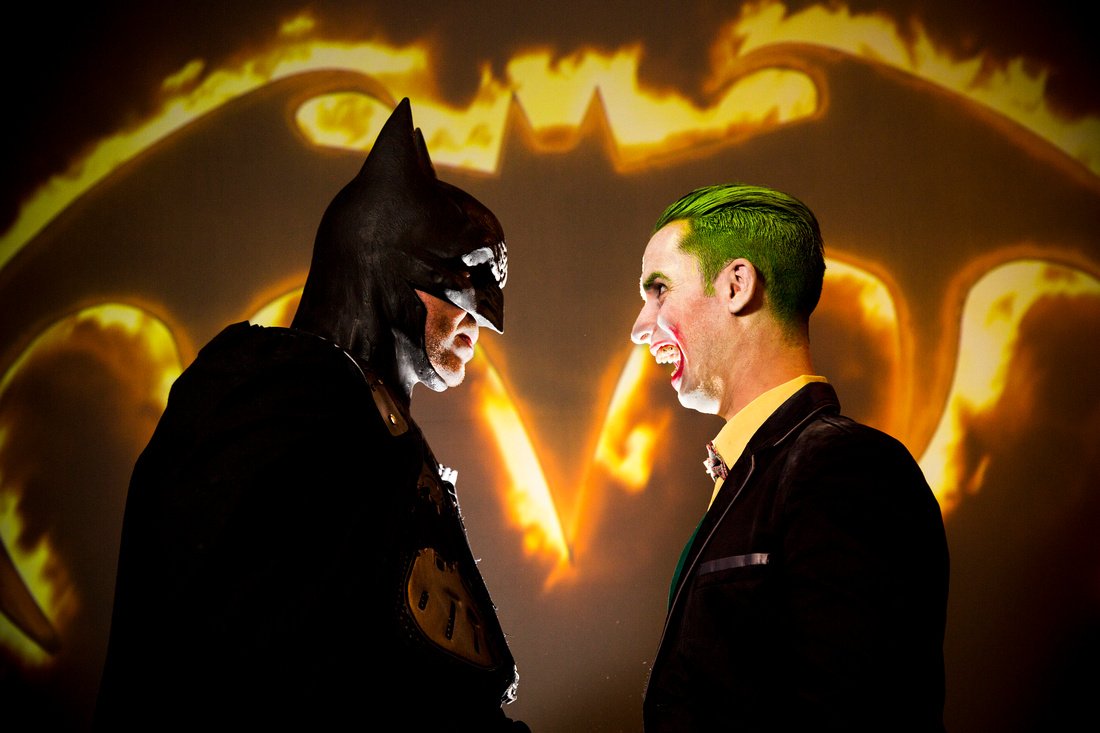 I've chosen this particular portrait thanks to my excellent camera equipment (and Rob's manly good looks of course!).  My Canon 70-200mm L lens is perfect for portraiture - super crisp detail, shallow depth of field to separate the subject from the background and accurate colours.  I also used an off camera flash with a honeycomb grid to get the lighting on the back of the head to create that extra glow.  This was taken outdoors in a very narrow garden about 4ft wide so I was pleased with the outcome considering the lack of space to work in.  It was part of a team photo for Advanced Studies in England and whilst I really liked all the others too there was just something about this one that edged it. 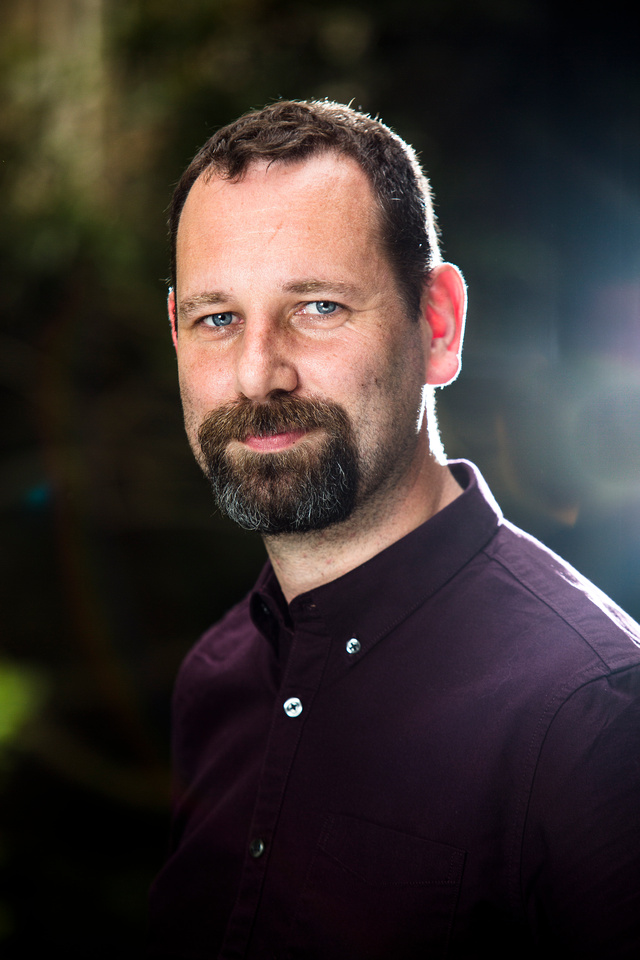 Rain - every bride & groom's worst nightmare (apart from losing the rings!).  I've been fortunate enough to have very few weddings where it has rained enough to affect the photos but on this occasion it wouldn't let up so we had no choice but to embrace it.  Thankfully Emma & Tom were good sports and up for braving the rain with their trusty umbrella for me to try this.  This is a go-to shot for most wedding photographers when it rains and having not done it before I was keen to try my hand at it, and pleased with the result.  A back lit shot shows the rain drops and makes for a very romantic picture. 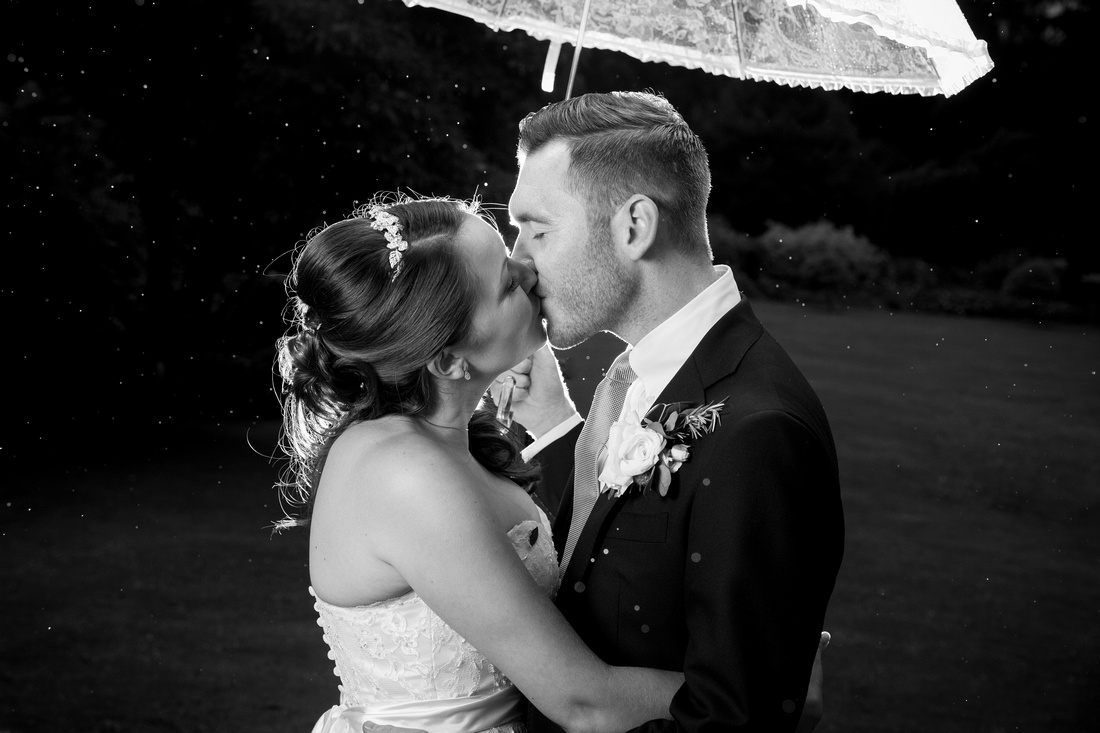 Kissin' in the rain

At first glance this looks like just a quick snap of the groom holding a baby but it's the story behind it that is why this made it on my list.  We're at Ashton Court Mansion again (again..?!) for Katy & Ben's wedding and Ben's sister, Alison, had only just given birth to baby Isabella 48 hours before the wedding.  She found the strength to come to the wedding and this was the moment that Ben got to meet his niece for the first time.  You can see in his eyes how much it means to him and it must of made the wedding day that extra bit special.  Even I was getting choked up at the time!  Capturing moments like this is one of the most fulfilling parts of being a photographer and what it's really all about.  Read their full story here. 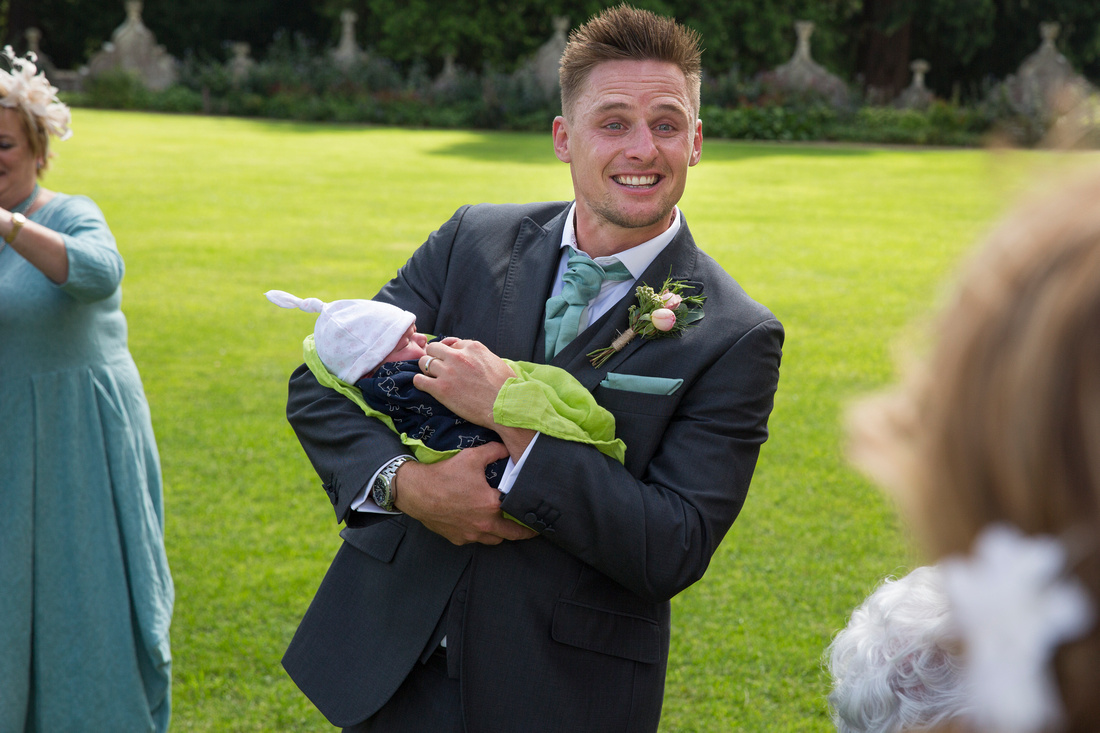 This has been something of a secret photo shoot and one I've been dying to share!  I did a shoot for Dappa Hair Salon in Bath with 3 models from Gingersnap Modelling Agency as part of a photo shoot showing hair cut and styling with a fashion lifestyle shoot afterwards.  As these are going to be part of Dappa's advertising posters they wanted me to not share them until then so I can only show you this one for now (don't tell anyone ok!).  I hadn't worked with professional models before but they were great and really knew how to move in front of the camera.  The guys did a few topless shots which I'm sure some of you will want to see!  Watch this space...! 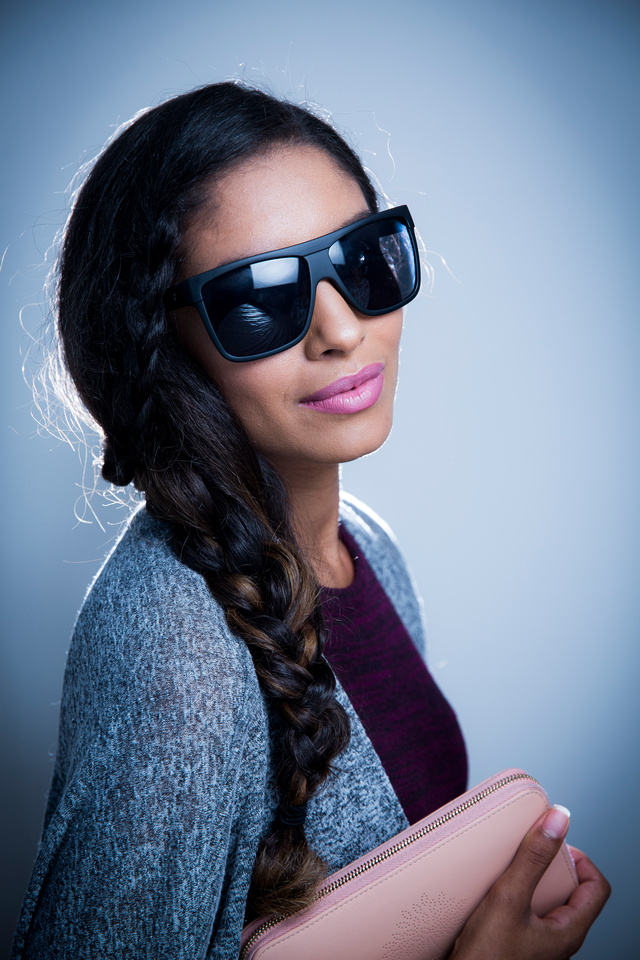 Now that I am a father I can better understand the precious nature of newborn baby photography and doing this one brought back lots of lovely memories.  The delicate hands, the flaky skin, the innocence and wonder of this new world, that sweet baby smell.... ahhh, great days!  There were a few from this shoot that I love and this is one of them as it shows little Max from top to bottom with his little feet poking out underneath.  It just makes you want to cuddle him!  Ok, enough mushiness from me...! 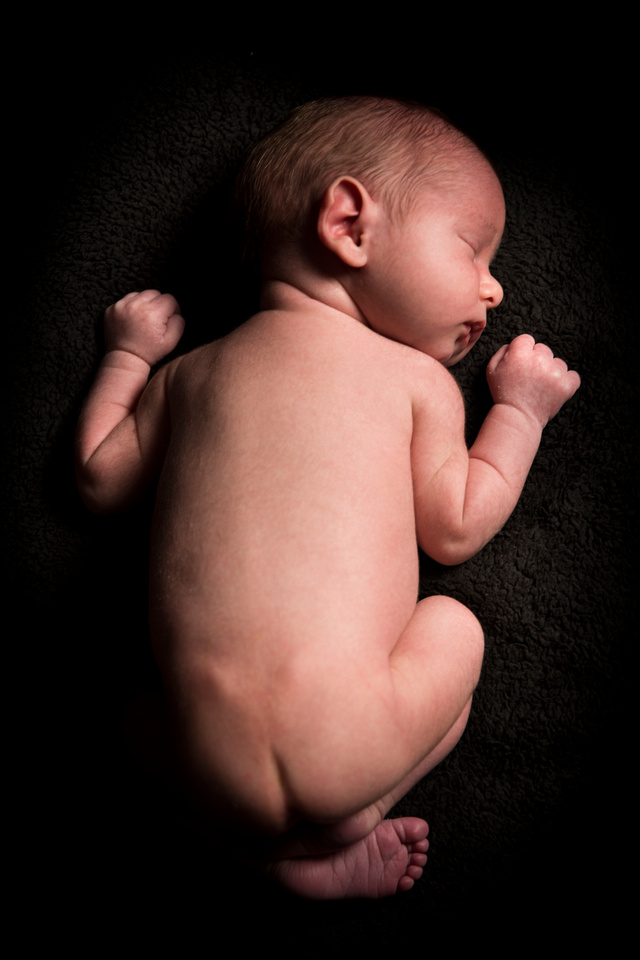 I did a shoot at my local toddler group for parents and their little ones to have personalised Christmas cards made up.  We set up the Christmas tree and some fake presents and sat the kids down in front of it for a Christmas Day morning type moment.  Little Ollie here pulled the cheekiest of grins and it makes me giggle every time I look at it.  I can only images his face on the real Christmas Day morning! 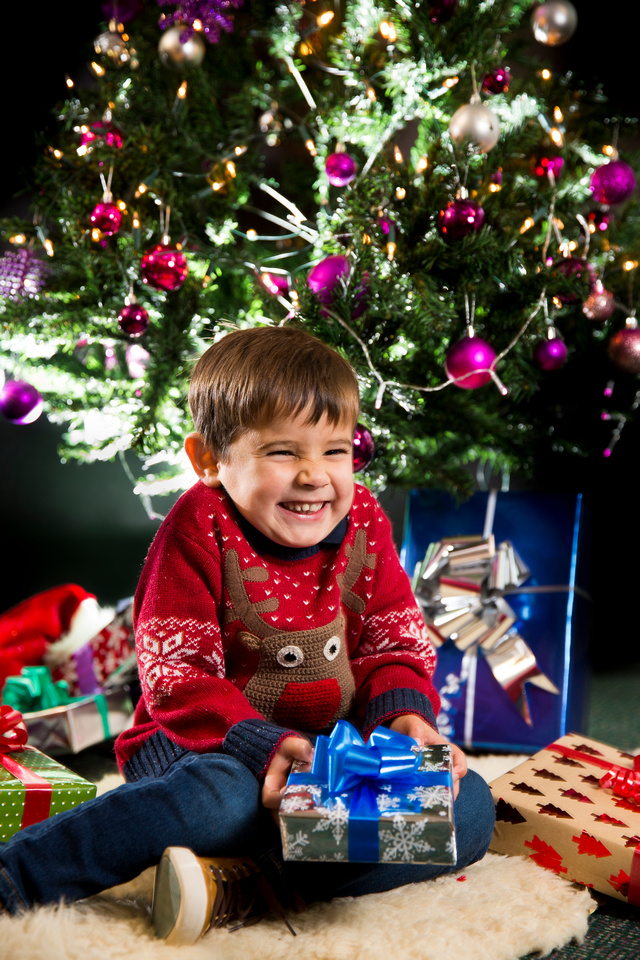 So there's my top 10 fave pics, I hope you liked them.  Which is YOUR favourite?  Please feel free to leave a comment at the top of the page.

I'll leave you with 5 of my favourite shots of my beautiful baby girl, Imogen, from this year...

Fresh out of the bath, a day before her first birthday. 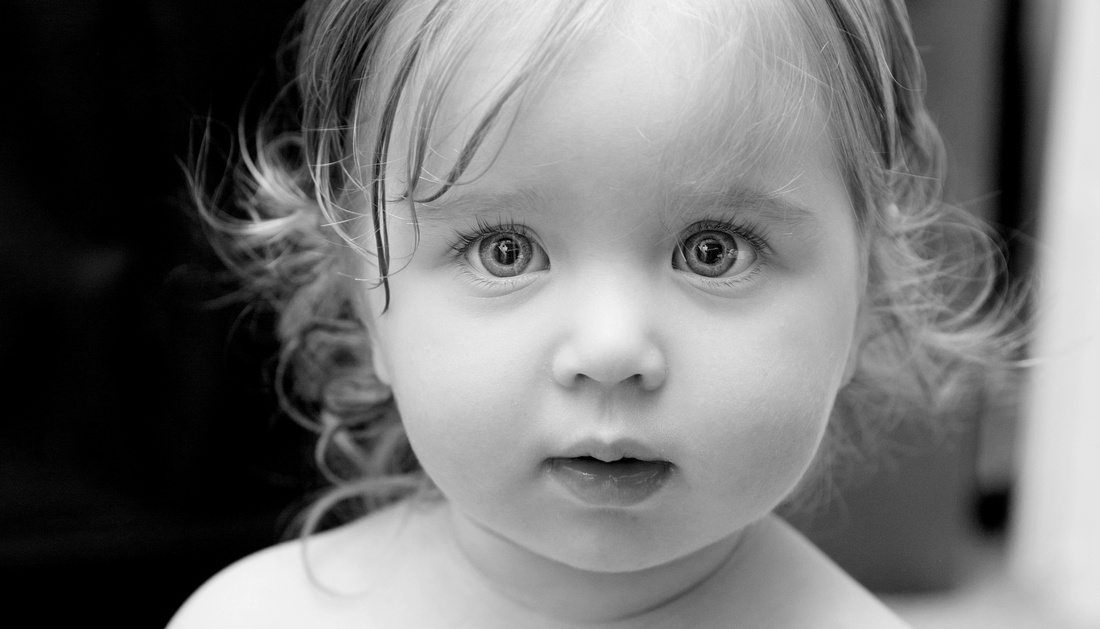 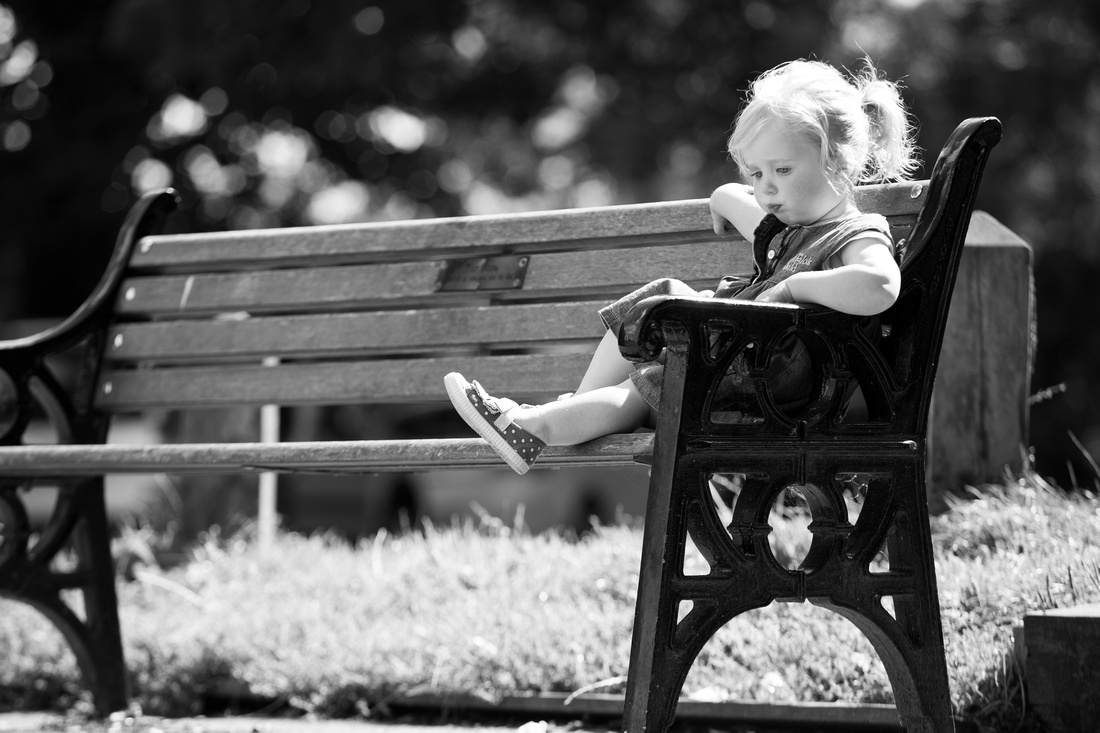 Reflecting on life so far

The next three pics are from a day trip to Stourhead Park.  We had a range of emotions from good to bad!  Here she looks very cute.... 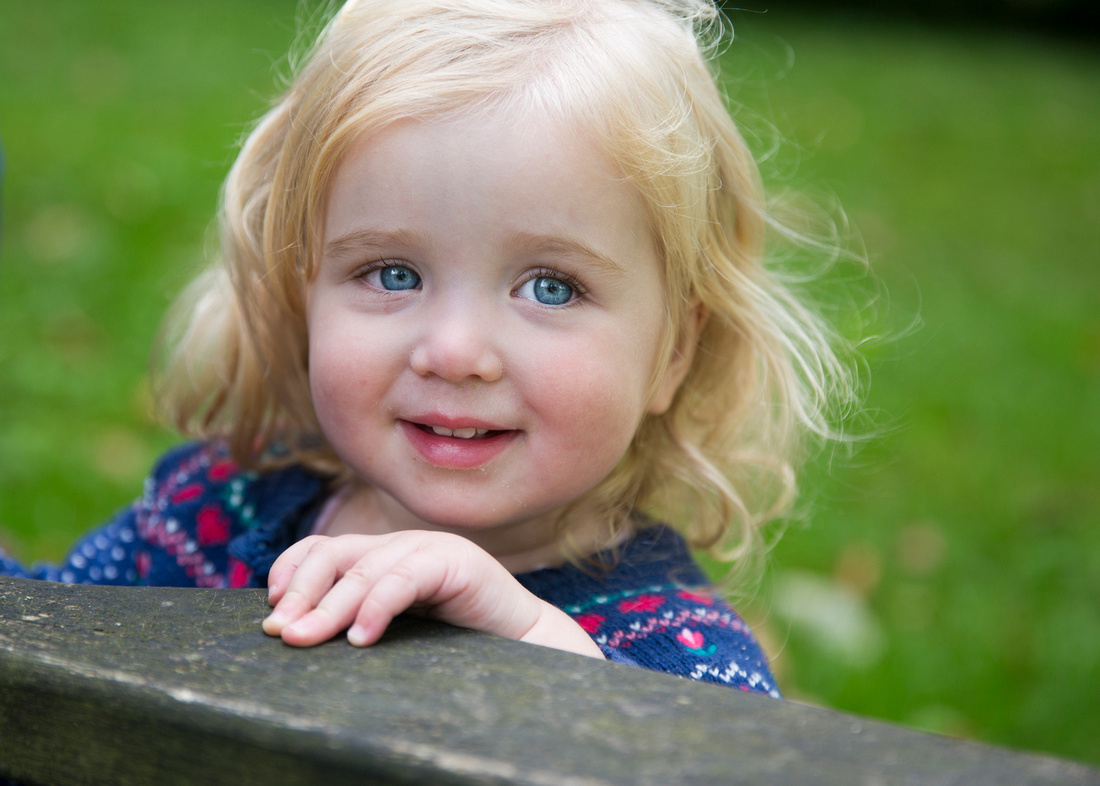 ....and here we have attitude, elegance, defiance and confidence all in one shot!  Love it! 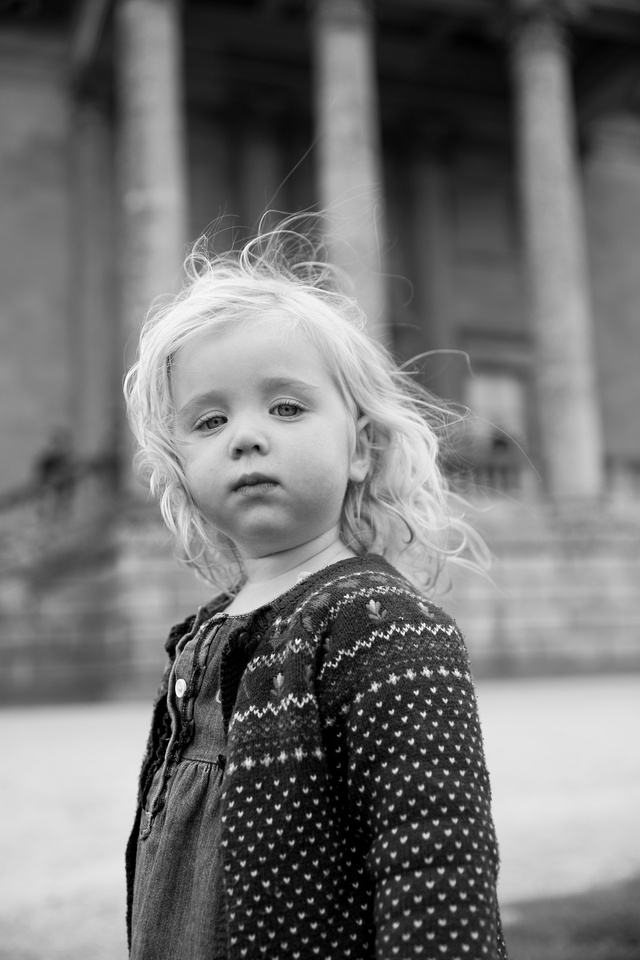 A split second later that doll was thrown to the ground!  But this is lovely nonetheless!  :o)