There's only a select few photographers who are famous enough to be household names and Lord Lichfield was one of them.  He was part of the Royal Family (his mother was a niece of the Queen Mother) and famously photographed Charles and Diana's wedding, as well as the official photos for the Queen's Golden Jubilee in 2002.  I met him in 2005, just weeks before his death. 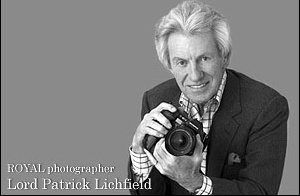 Way back in 2005 when I started my journey to becoming a photographer I had worked briefly for Calumet Photographic, chasing photographers to pay their overdue debts on their rental equipment and finance payments.  I had a lengthy discussion with a very friendly lady who advised me if I wanted to be a photographer then stop procrastinating and do it.  Get a camera, get a website and get out there and do it!  I took those words on board and within 2 weeks I had left Calumet and took my first steps, somewhat blindly, into the world of photography with a real sense of purpose which I had never felt before.

Before I left though there was a message from head office being relayed to all employees that there was the chance to appear on a reality TV show for Discovery Real Time called Hotshots, presented by Amanda Lamb, to get a portraiture masterclass from Lord Patrick Lichfield.  It felt like a sign so I signed up and after a successful audition in London I was asked to come to Battersea Park for filming with the man himself.

Lord Lichfield was very charming and charismatic, exactly what you'd expect from someone who has photographed The Rolling Stones, the Royals and all the top supermodels in the world for the last 40 years.  Between takes he would entertain us with crazy and hilarious stories from his long career like when he was photographing one of the top models in the world at that time at an exotic location and after the shoot he made his way up to her hotel room with a bottle of champagne and two glasses.  After being invited in there was another knock at the door from her very strict and rather protective mother.  He was quickly shoved under the bed to avoid being seen, only to find none other than David Bailey under there too!  He didn't go into what happened next....!

There was another where he was a judge at a Miss World contest and during an interval he went backstage to get 'acquainted' with one of the contestants.  As things were progressing they heard a loud banging sound getting closer and closer until their dressing room door burst open to reveal a frantic producer who lunged for Lichfield.  He had left his mic on and the naughty goings on had been playing out live over the whole arena!

During the lesson he explained how he got the shot of the Duke & Duchess of Windsor.  They were very unengaging during the shoot and with time and film running out he 'accidentally' fell off his chair much to the amusement of his subjects.  This was the result - 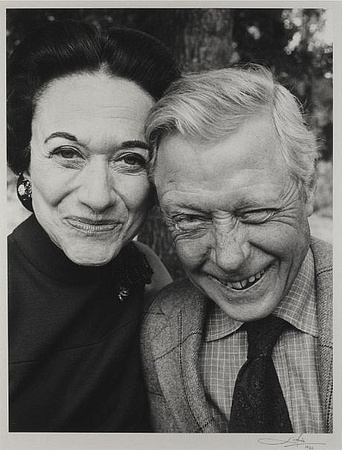 Much like the BBC's Caroline Briggs' experience with him, we were taught the basic principles of taking portraits -

Myself and the two other participants took photos of each other and the film crew throughout the day and I managed to get a few of Lord Lichfield and Amanda Lamb, as well as the personalised briefcase! 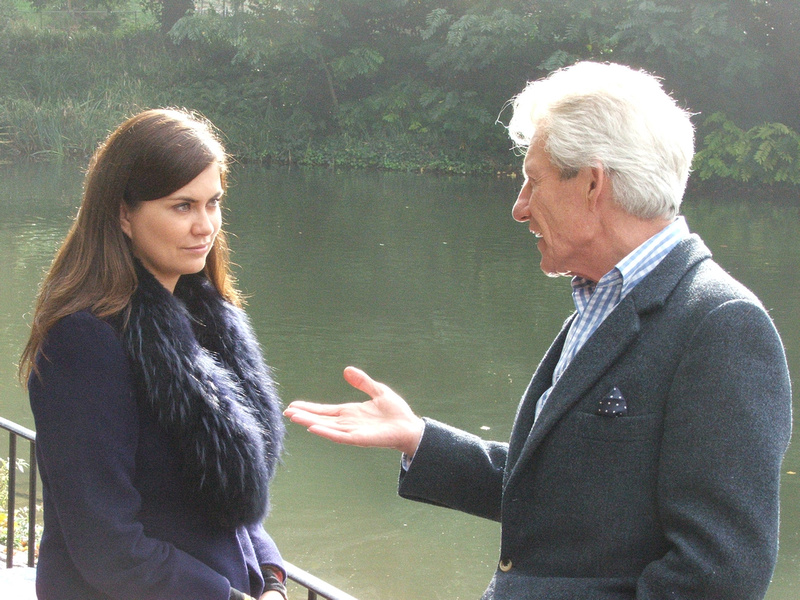 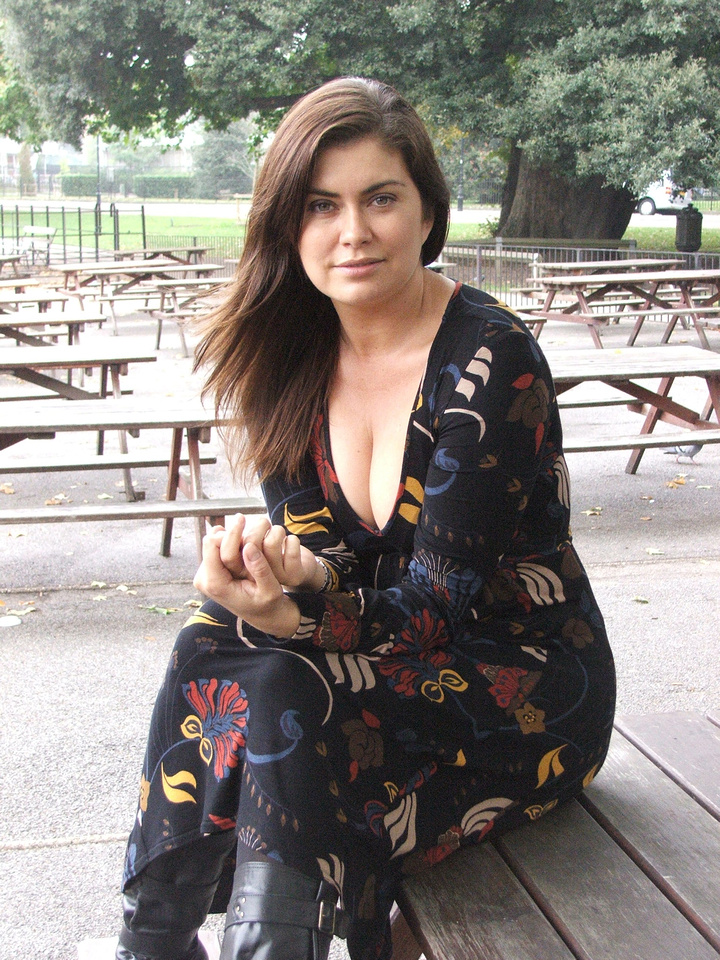 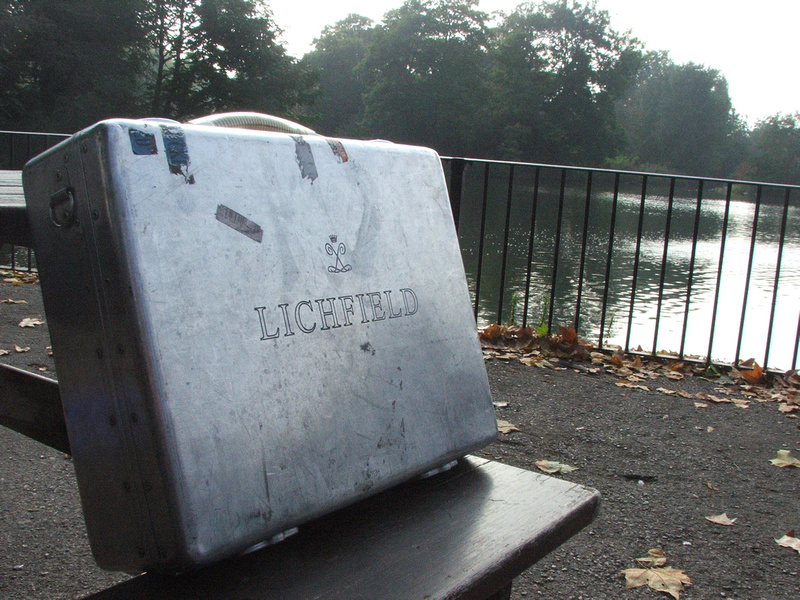 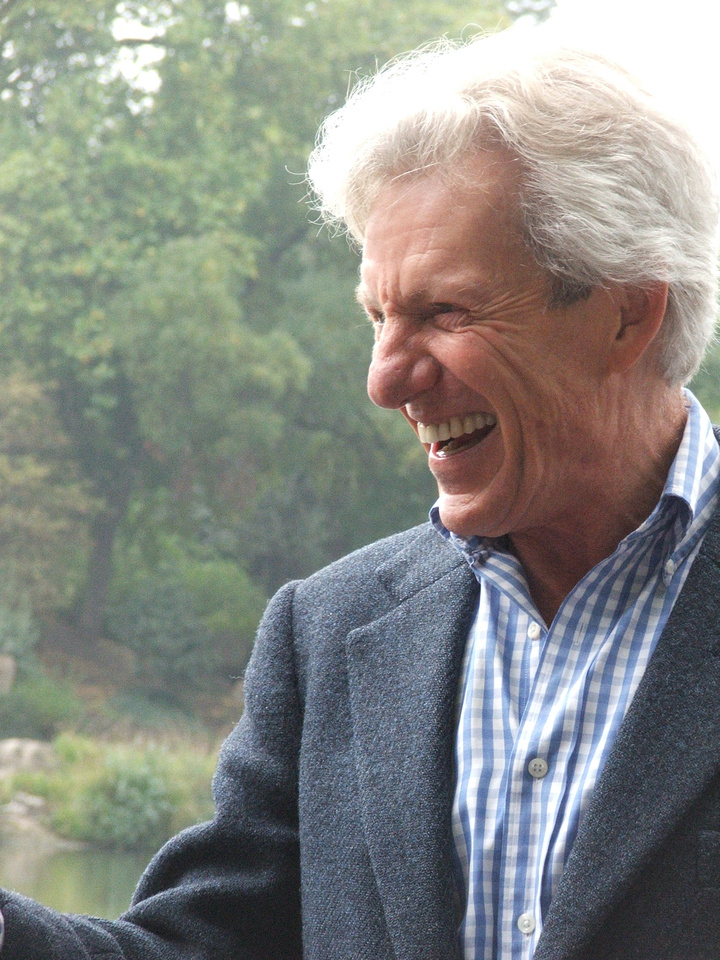 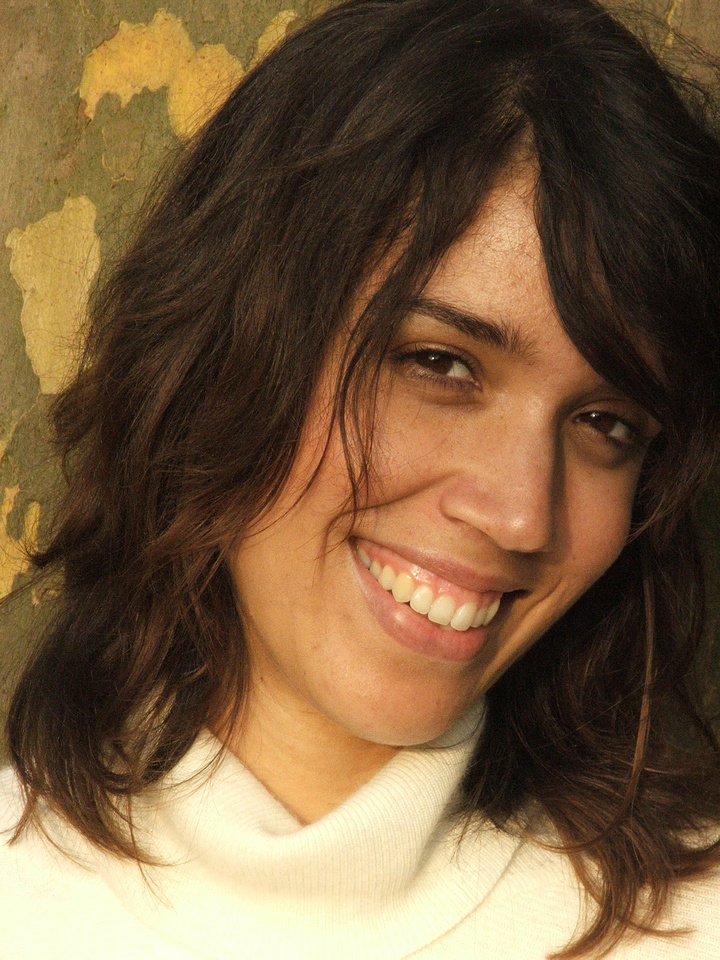 We were then assigned with a task; to take photographs of a friend/relative and put into practice what we had learned.  I asked my then-14 year old niece, Kayleigh, to model for me while the camera crew filmed us in my back garden.  Looking back on it, although I've always had an eye for good composition, and despite some great tips and having studied photography in college, I really didn't have the equipment or experience to get really great photos like I do now.  Technically they are quite poor, the lighting is bad and even though at the time I was using a Canon 20D worth £1,200 there was still a lot of grain in the images.  But like all things it needs lots and lots of practice (and money in this game!).  We had to submit our favourite but here's a few of the others I took - 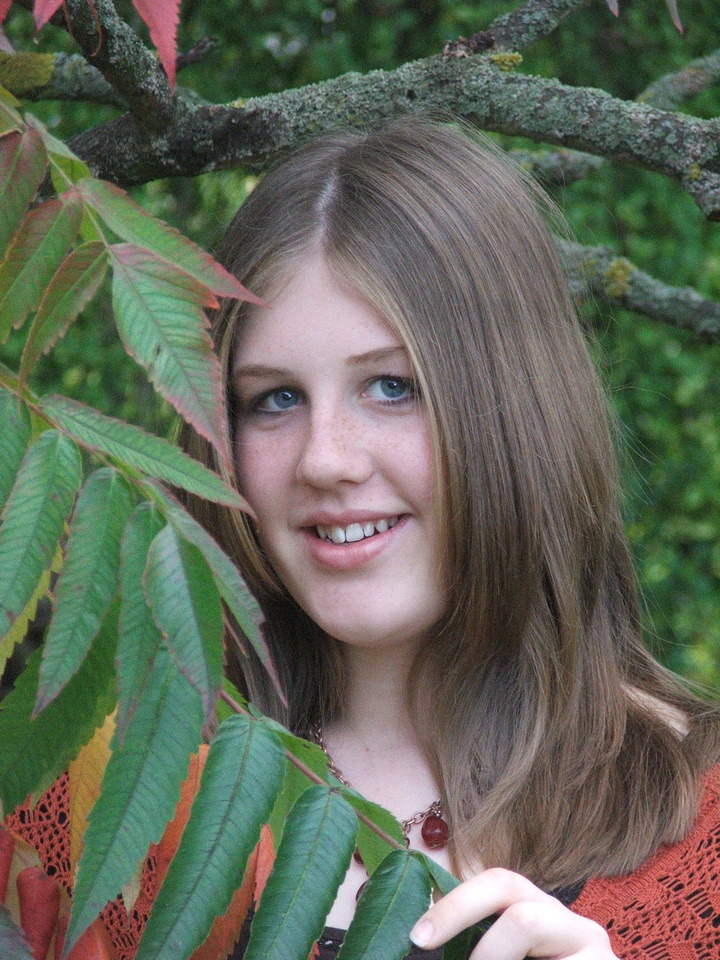 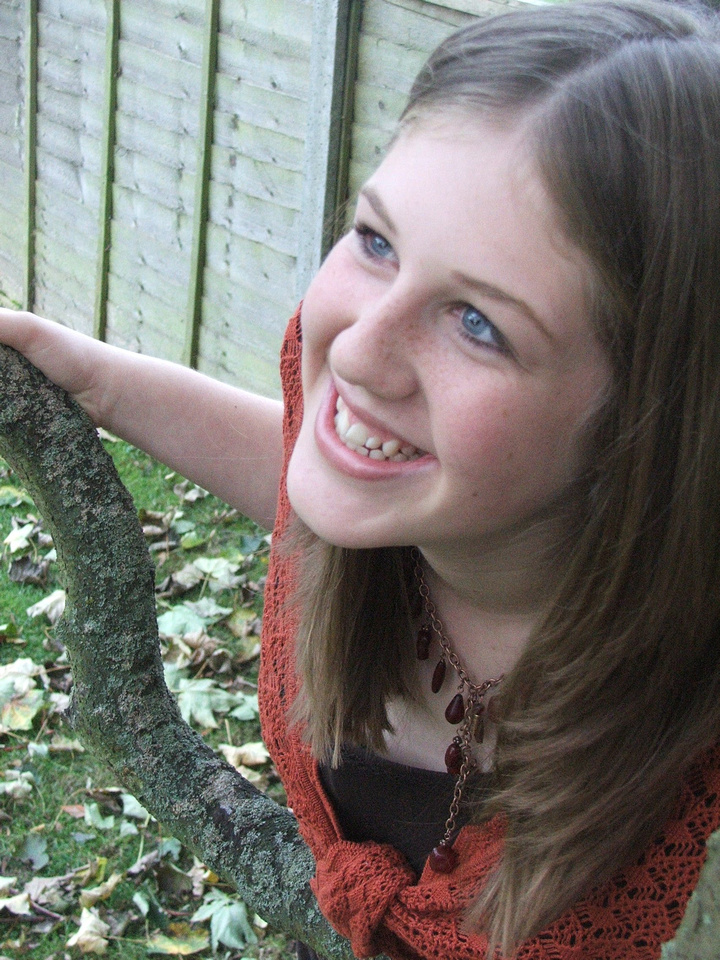 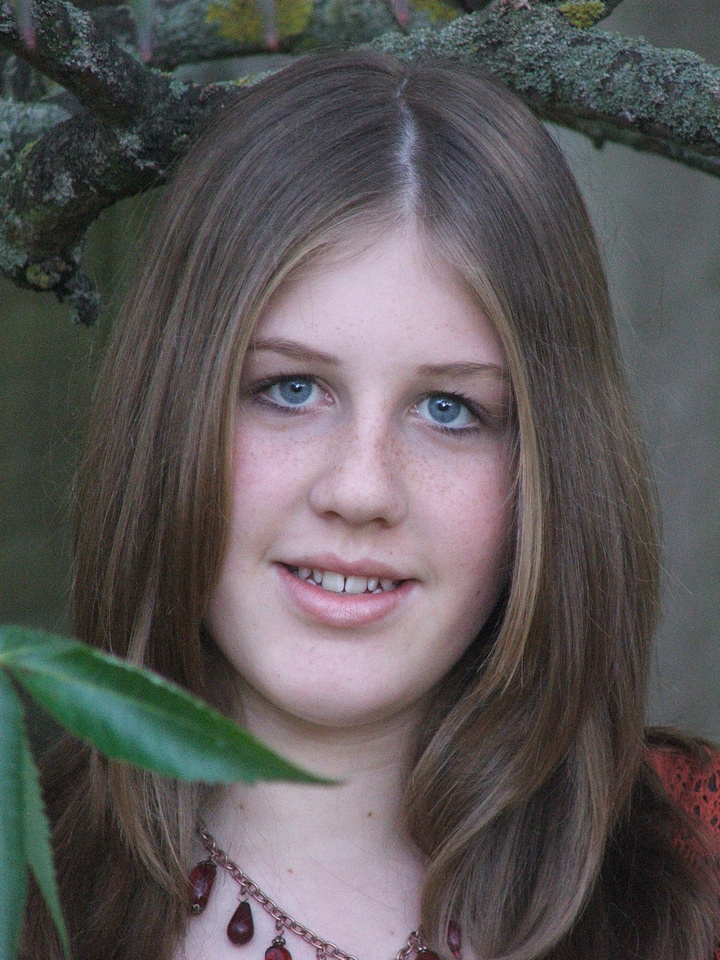 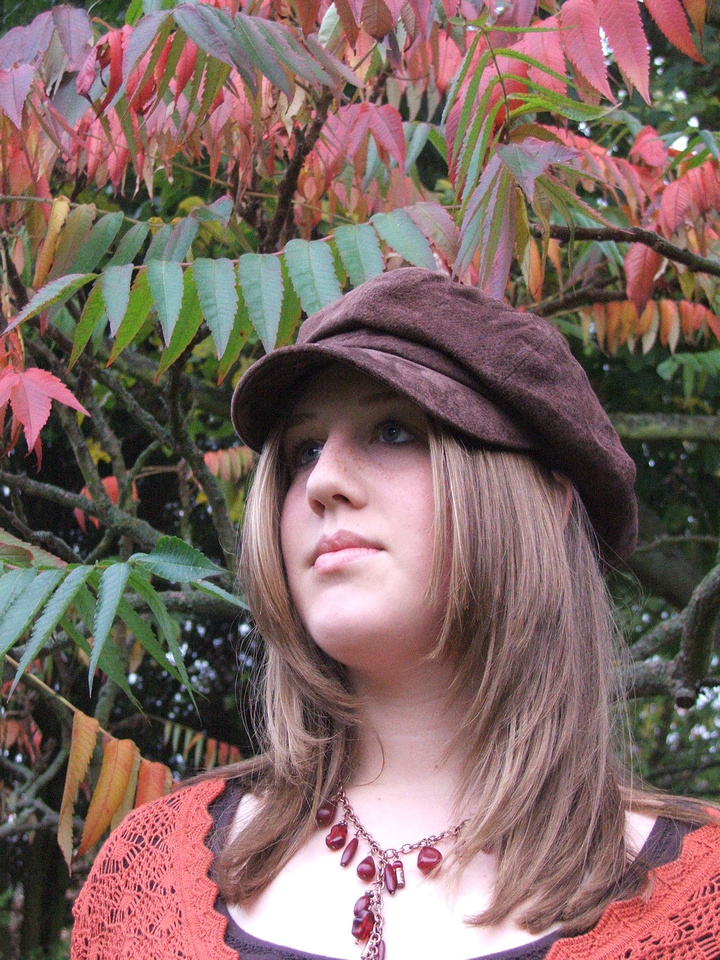 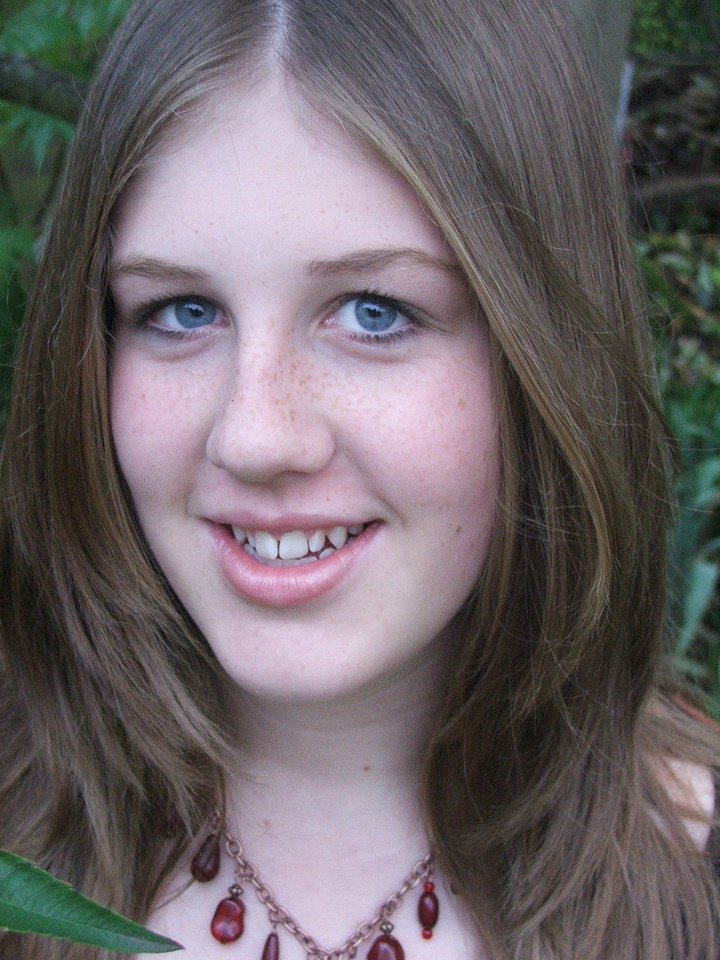 Here's the one I decided on.  I liked the shapes and colours of the leaves framing the face and not looking at the camera added a touch of mystery.  I'd also seen a similar pose in one of my photography books and wanted to try it.

Similar pose in one of my photography books

We were then invited to Lord Lichfield's studio to go through all the images we'd taken and get some tips in post production and a winning image was chosen from the 3 of us.  The one on the right, below, won (and deservedly so).  His studio was decorated in some of his finest works which you can see here.  Below is the group photo of us and the production team. 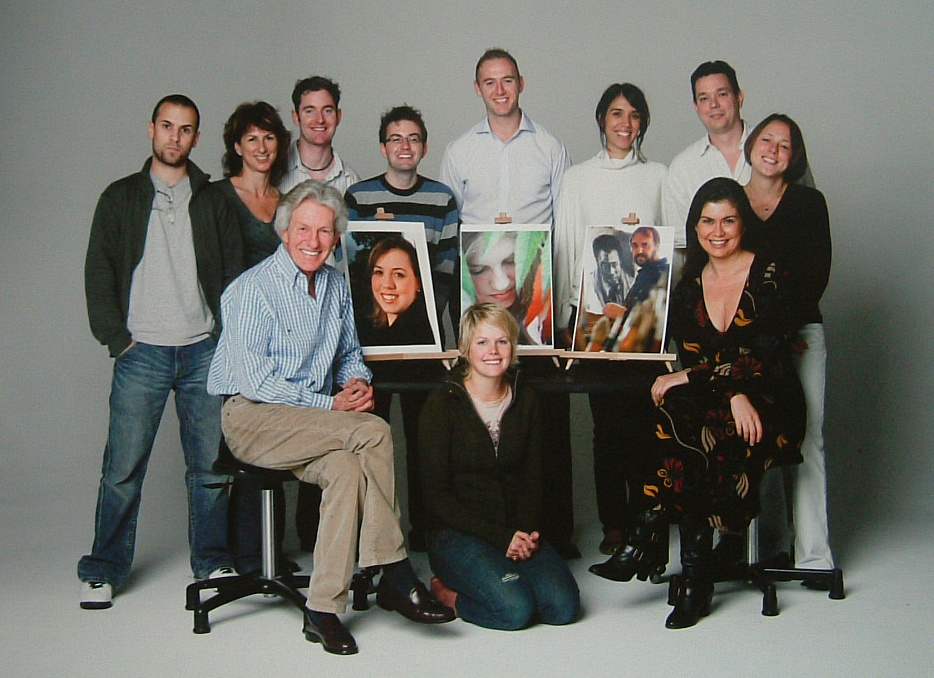 Me with Lord Lichfield, Amanda Lamb & crew from Hotshots

Now I would love to have shown you the program itself but sadly, after searching through 40-odd video tapes from when I recorded it, I couldn't find it.  I even contacted Discovery directly but they were unable to retrieve it from their archives.  I promise if I ever find it I will post it!

Since posting this blog a good friend of mine helped me track down a media company that had a copy of it.  The original air date was Monday 21st November 2005 and I only watched it once so it was very strange to see it again after all these years.  Here it is in all it's glory - enjoy!

Lord Lichfield died two weeks after filming but I learned a lot from him in the time we had and it was an honour to spend some time with such a highly respected and influential photographer. 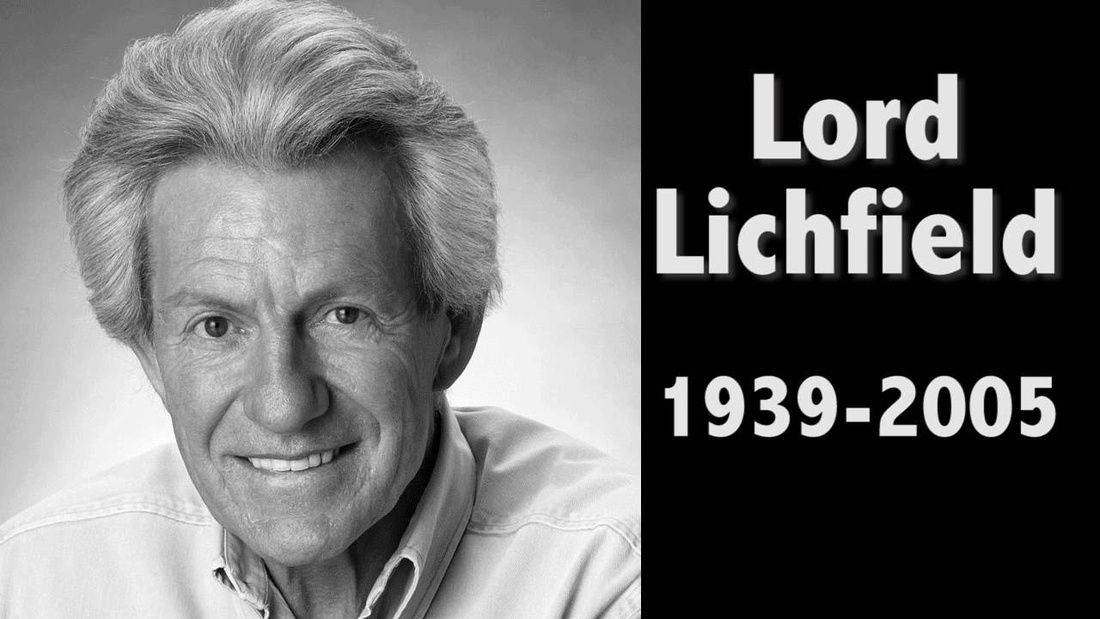