After shooting a wedding at the Botleigh Grange Hotel in Southampton back in August 2015 for Kat & Sean it was nice to be recommended by the hotel to Laura & Sam to go on to shoot theirs almost 2 years to the day.  Despite knowing the layout of the hotel I still travelled down from Bath to meet Laura & Sam prior to the wedding day as every couple has their own take on what they want to do and I like to know as much information as possible beforehand so everything goes smoothly.

On the day itself I started out with some prep shots of the guys then on to Laura's parents nearby as the girls got ready.  Laura has a twin sister, Donna, and they asked me to take a particular photo of them that has been a running theme.  It was like a mirror image!  Strangely enough, Sam is also one of triplets so we of course got a shot of them all together later in the day. 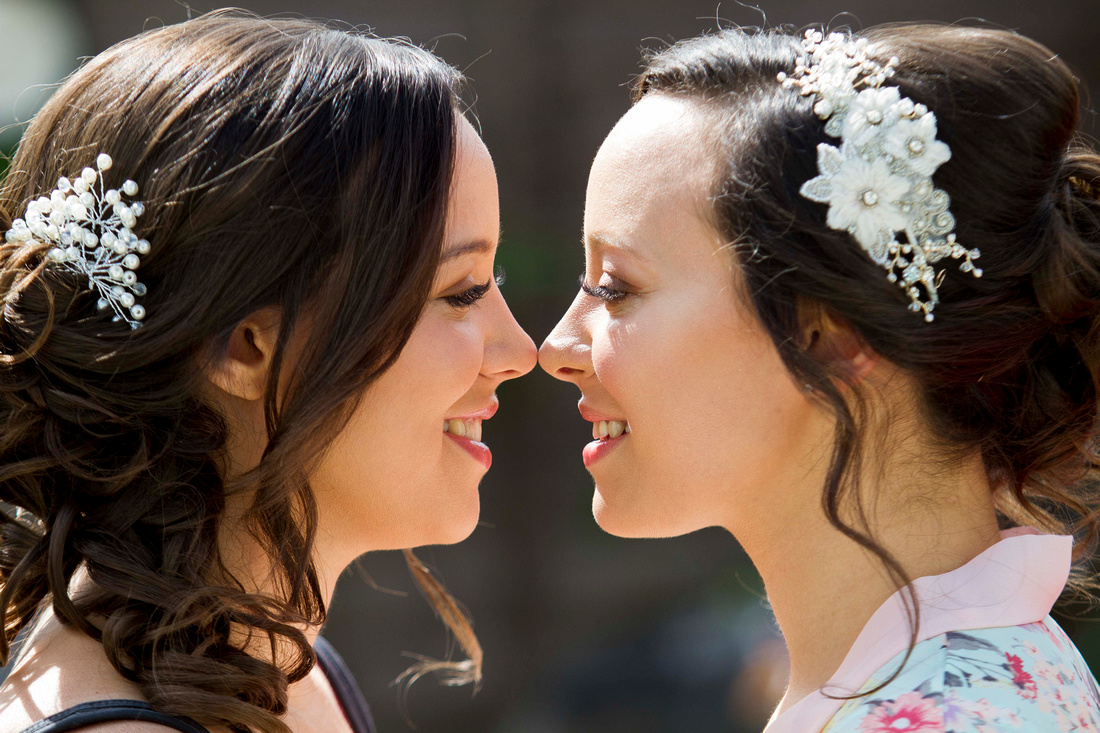 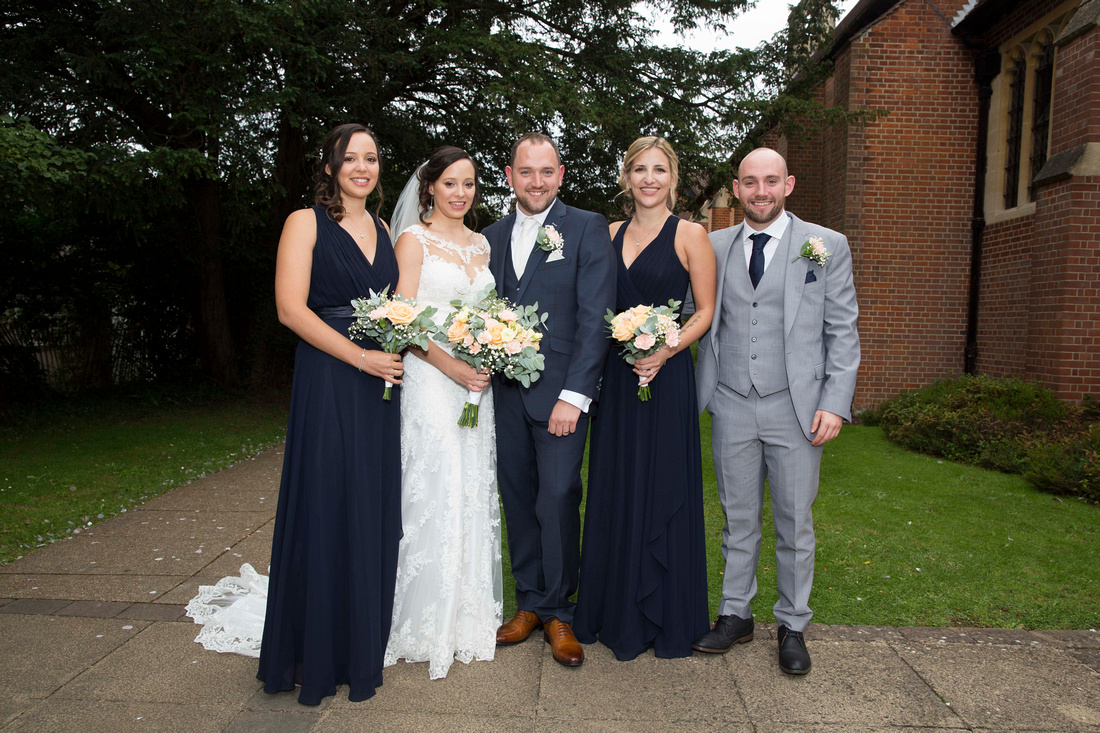 The twins and the triplets

Laura's bridesmaids and father were kept away from the wedding dress and final preparations and the emotional reactions from everyone was well worth it and I captured one of my favourite images from the year.  These are the moments that photographers and clients want - natural in-the-moment photos that come from being in the right place at the right time.  I have been booked subsequently from this image being pointed at saying 'I want that!' which is hugely rewarding. 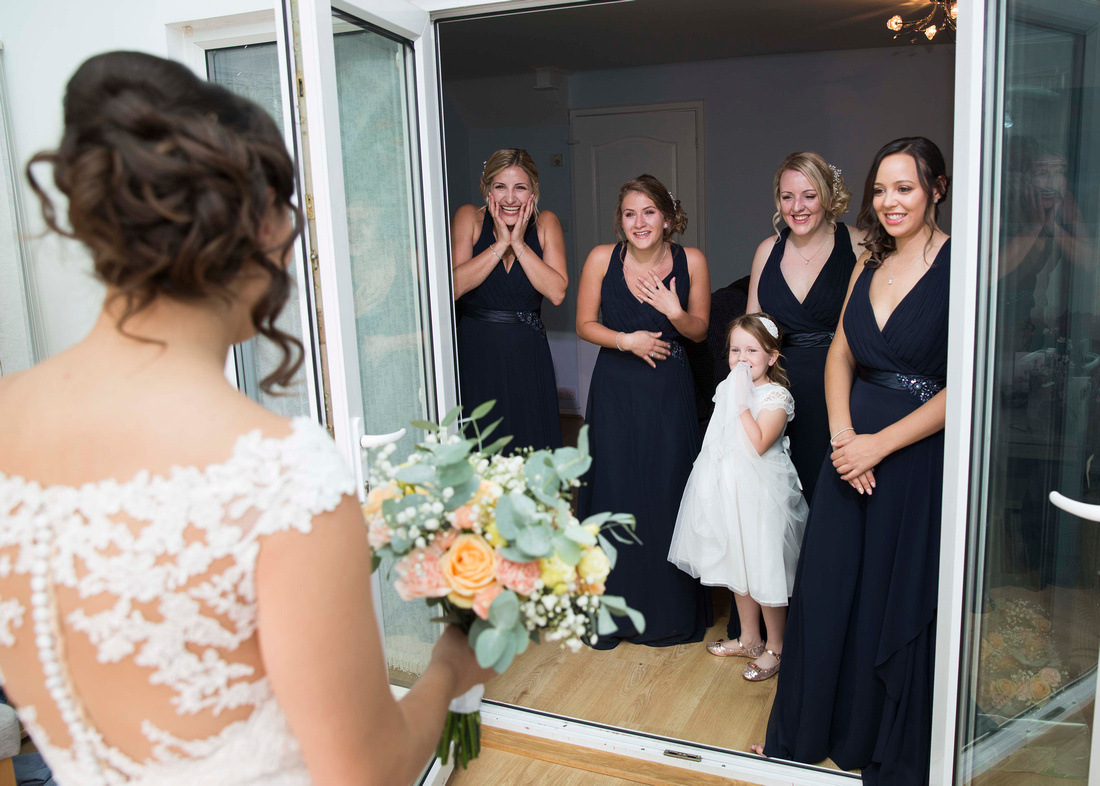 First look at the dress

When I know I've captured a great shot it really pushes me on and gets my creative side working overtime.  With the sun shining brightly through the patio roof I knew I could get a great silhouette shot (I do love them!) of Laura in front of the closed blinds.  It was just as we were all leaving and time was ticking but I'm glad I got it.  I like the challenge of taking a shot in normal surroundings like a living room to create something that removes the subject from it's location to something very different. 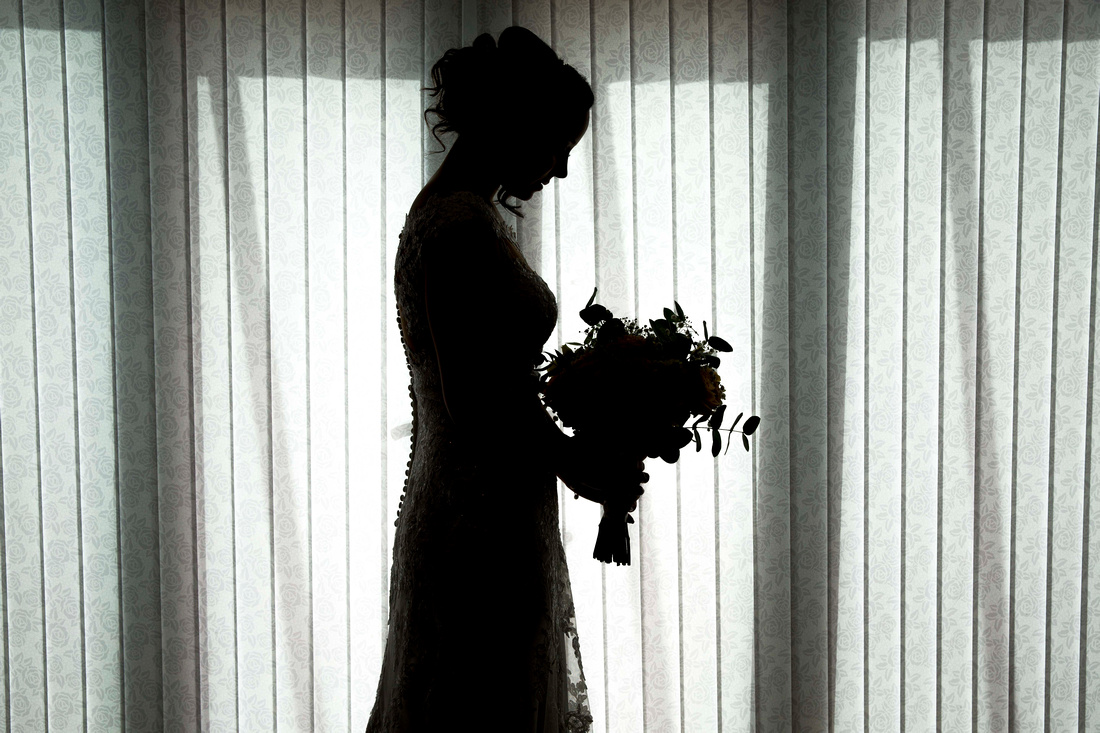 I went ahead of the bridal party to get to the wedding venue which was St Boniface Church in Chandler's Ford.  Unfortunately I was given strict instructions by the vicar not to move from the doorway to the side of the church which limited my angles but I was close enough to Laura & Sam to get all the intimate parts of the ceremony like the exchange of rings, first kiss and loving looks to each other. 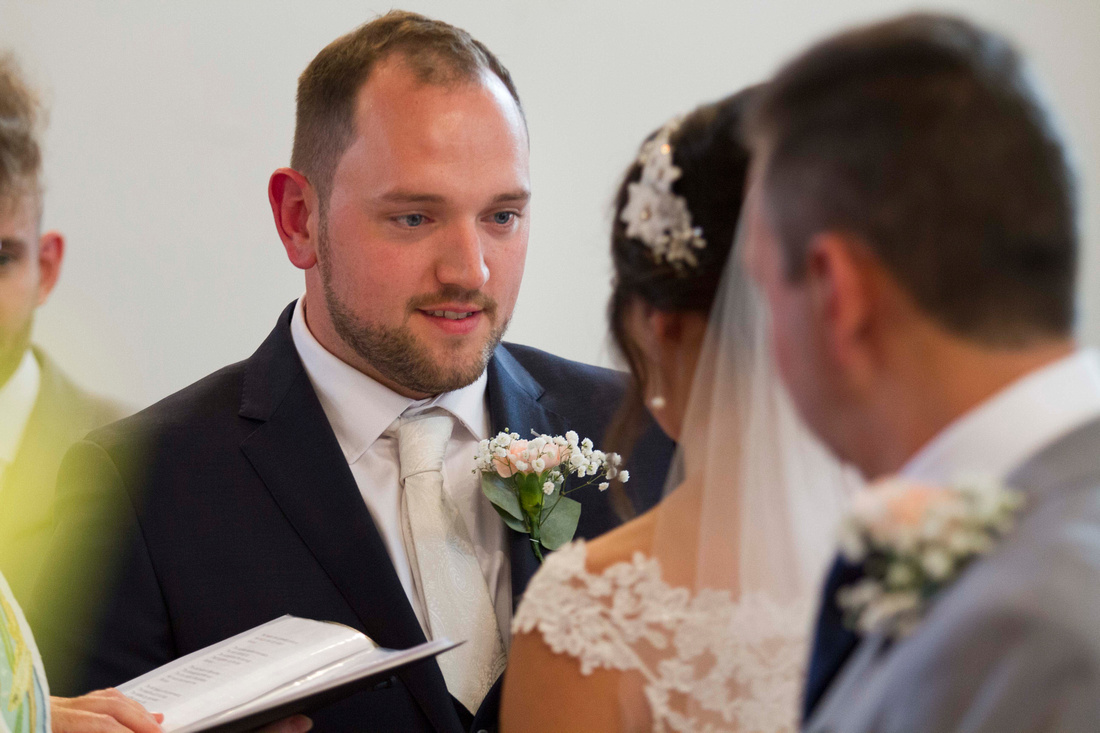 Once outside I set up the confetti shot, group shots and some with the Rolls Royces then we headed off to the Botleigh Grange Hotel.  The group shot of everyone usually requires a high vantage point in order to see everyone's faces.  Last time I was taken on to the roof of the spa and I was told I would be doing the same again so set everyone up to look that.  As a staff member led me up the stairs (and some more stairs) I realised I was on the roof of the hotel 5 stories up with a 2 foot wall to keep me safe!  I tentatively edged closer to the one-slip-certain-death ledge that awaited me and called out to the crowd below who were facing the other building where I said (and thought!) I'd be. 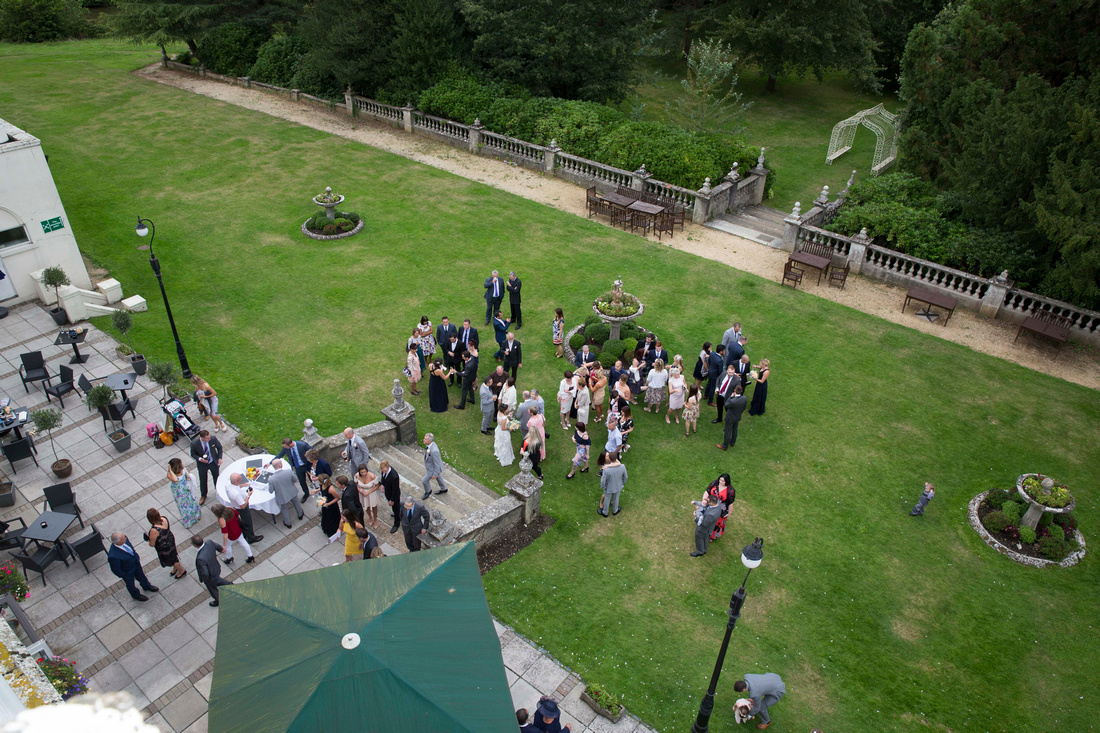 Roof with a view

I made my way down and took some more group shots and candids as people enjoyed themselves.  There was a lot of love in the air and lots of kisses all round which was nice to see. 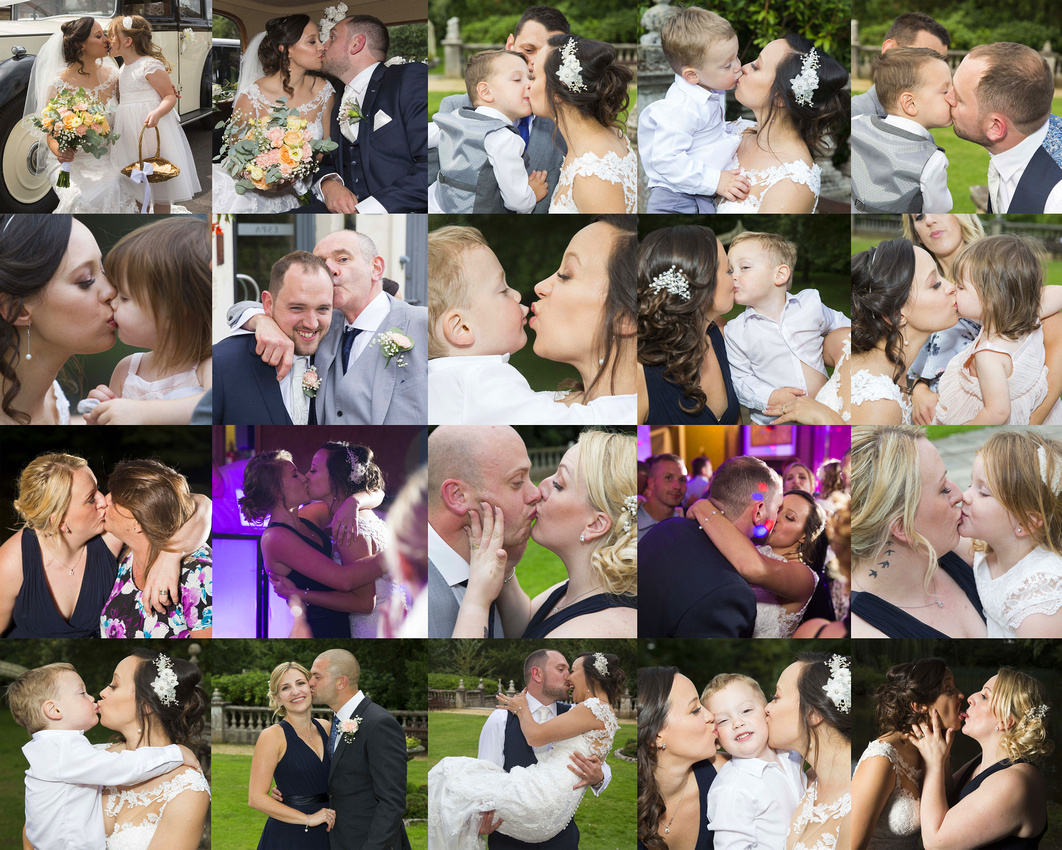 All about the kisses!

After the receiving line the speeches began.  The great thing about the restaurant area at the hotel is that there is a glass roof which allows lots of light in and makes photographing the crowd very easy no matter where you stand.  It's a great chance for lots of shots of smiling, laughing faces as they listen to the funny and touching stories from the speakers. 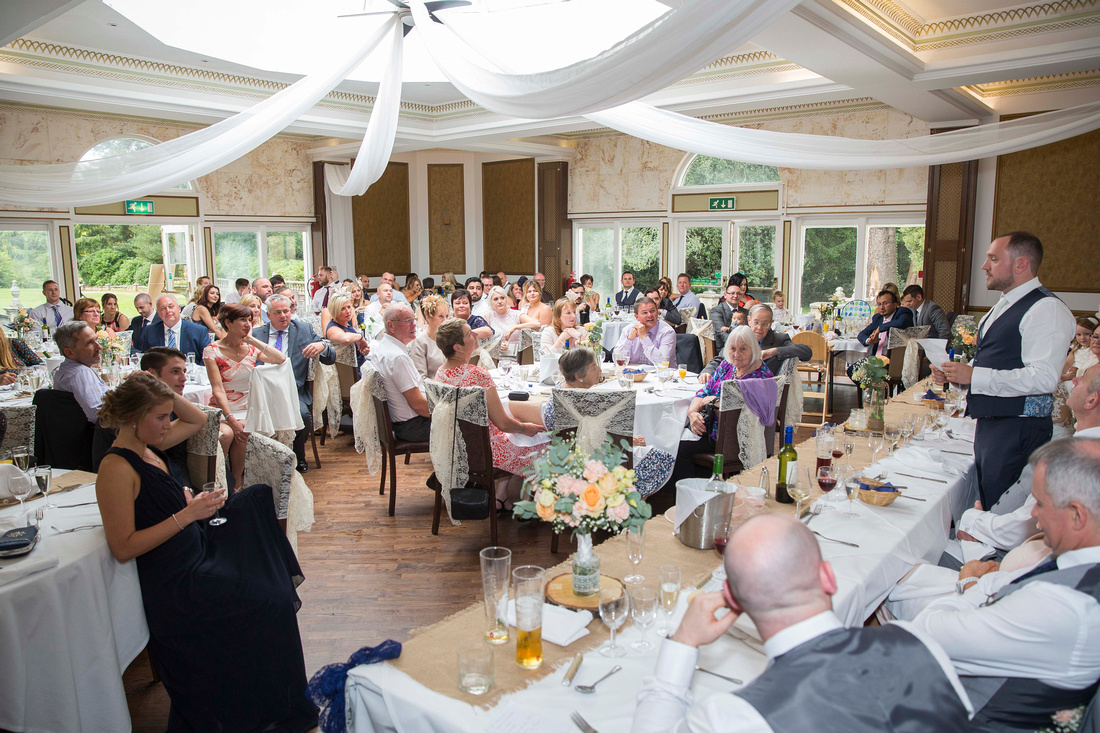 There is a secluded lake at the bottom of the gardens of the hotel and makes for an excellent background, and foreground too as you can walk round it to shoot across it and get the bride and groom's reflection on the surface.  As the wedding party filed out after dinner I had a feeling there were a few people who were a little squiffy as the group shots got a bit more daring, which made for some great shots! 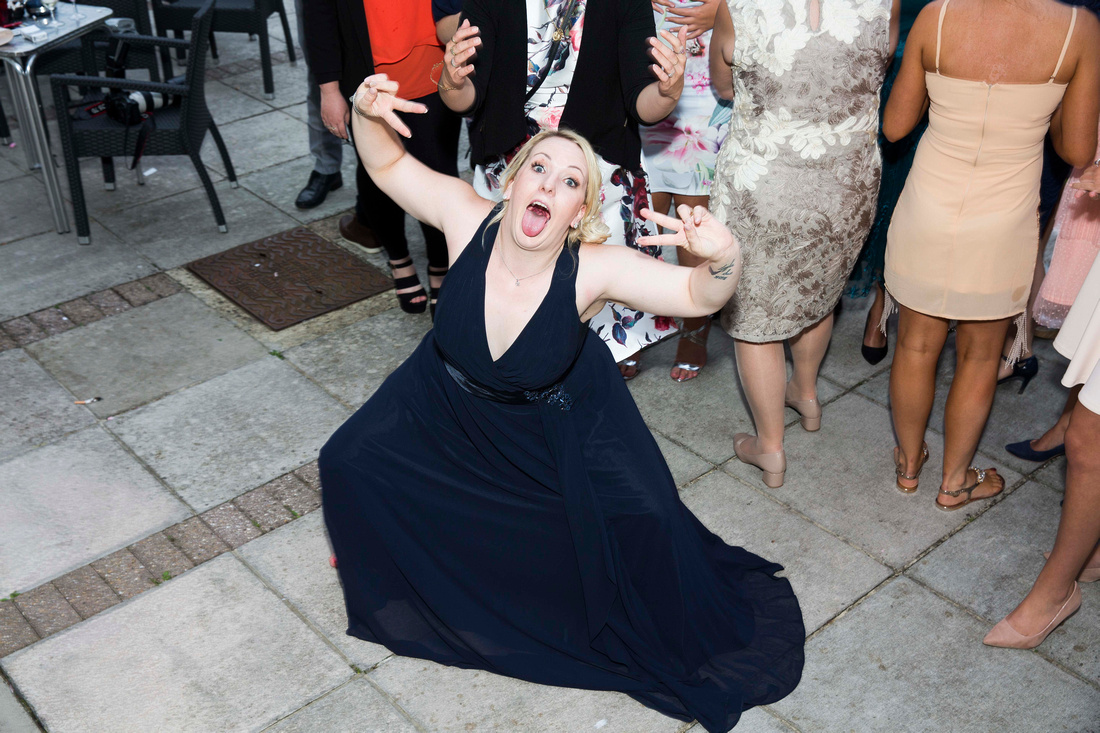 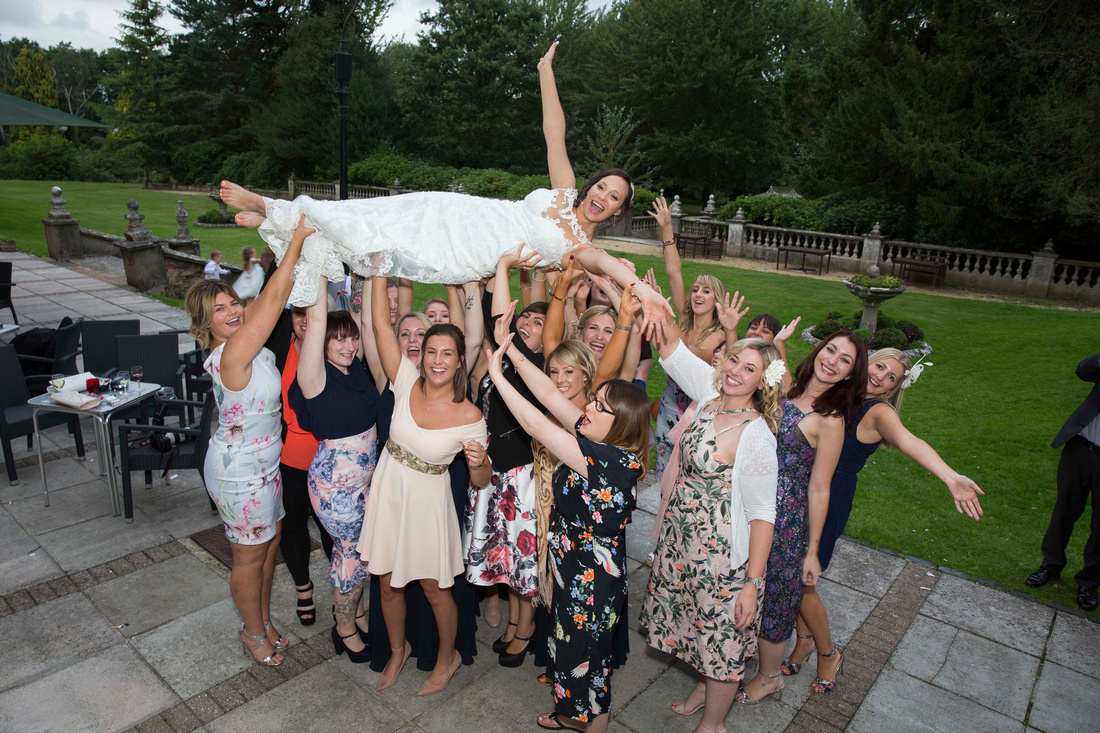 We did manage to get some lovely pics after this just before it started to rain.  We then headed in for the first dance which Laura and her father took first followed by Laura and Sam.  There was a special surprise for Laura as one of her bridesmaids, Chloe, had secretly arranged to sing a song to her after promising to sing at her wedding years before.  A lovely end to a lovely day and a super lovely couple. 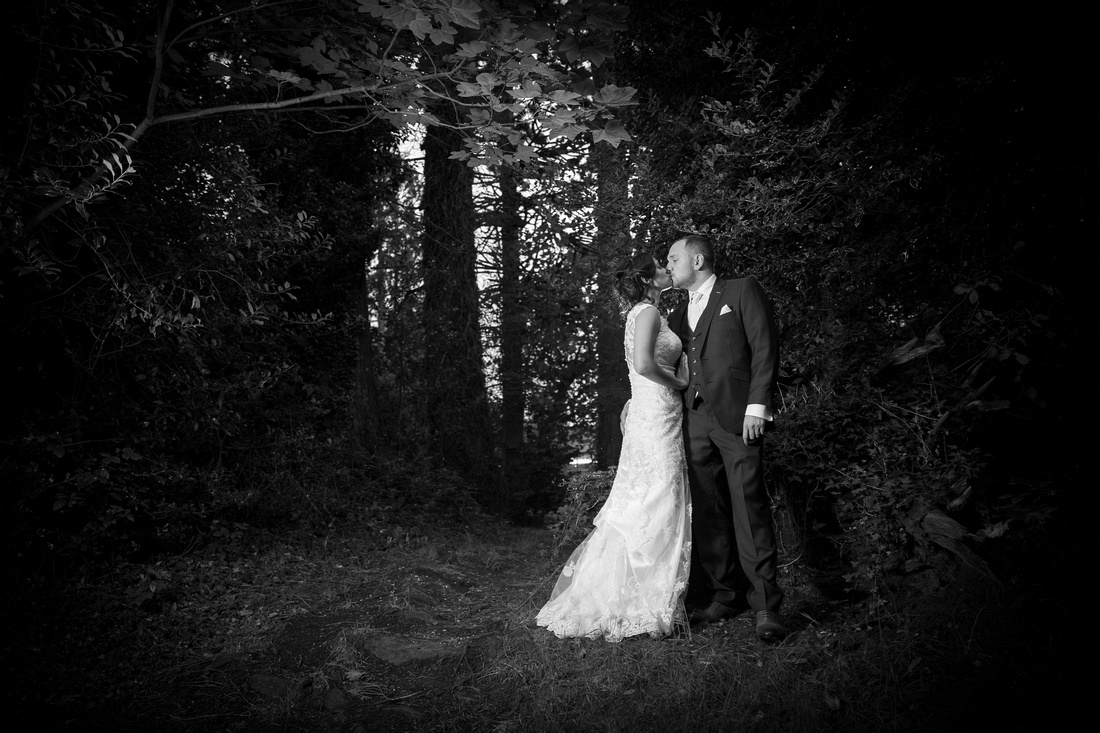 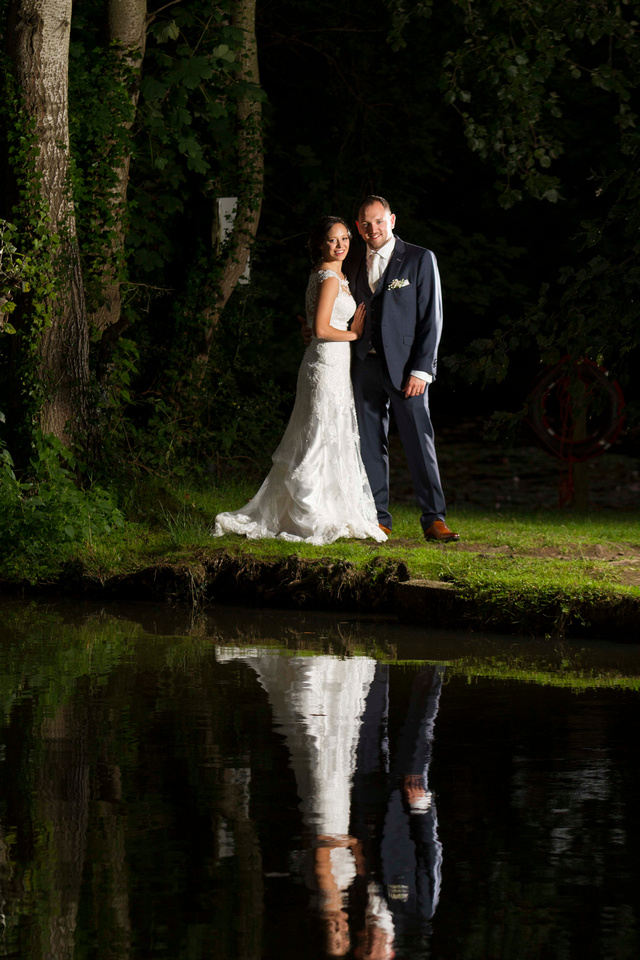 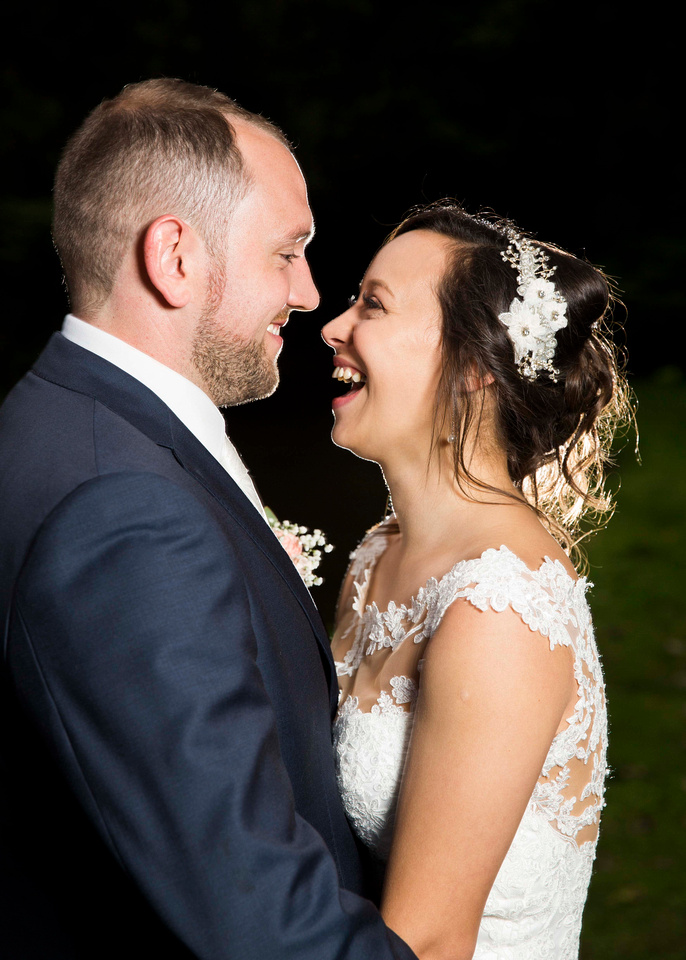 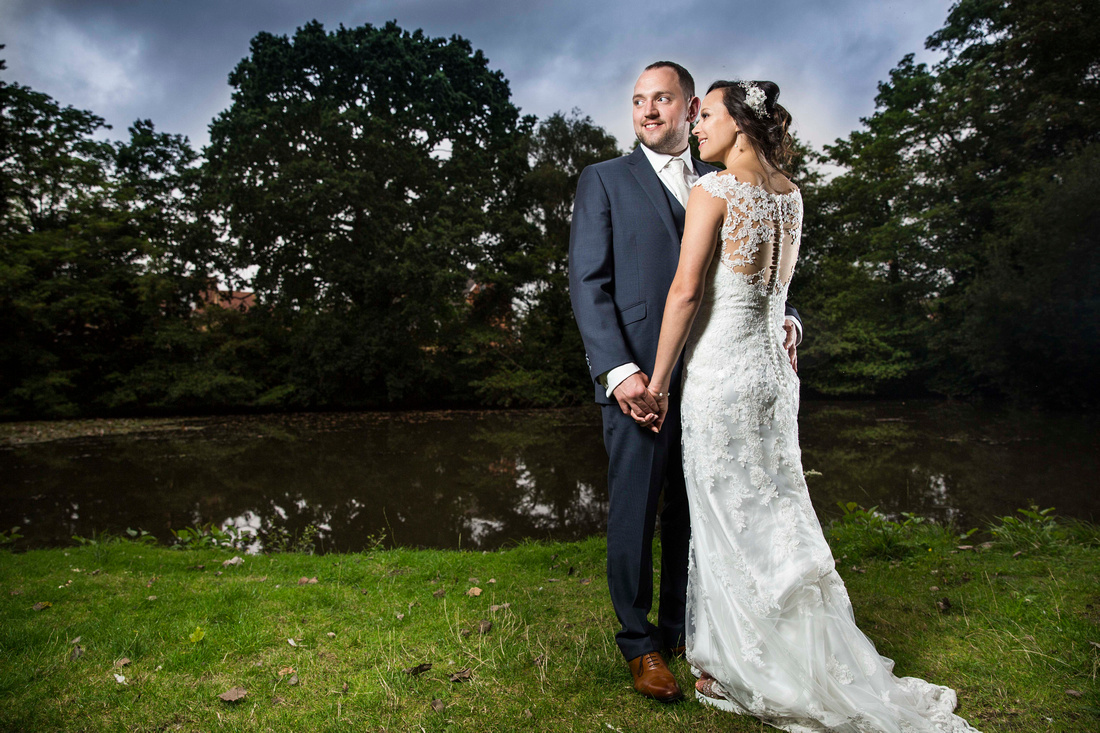 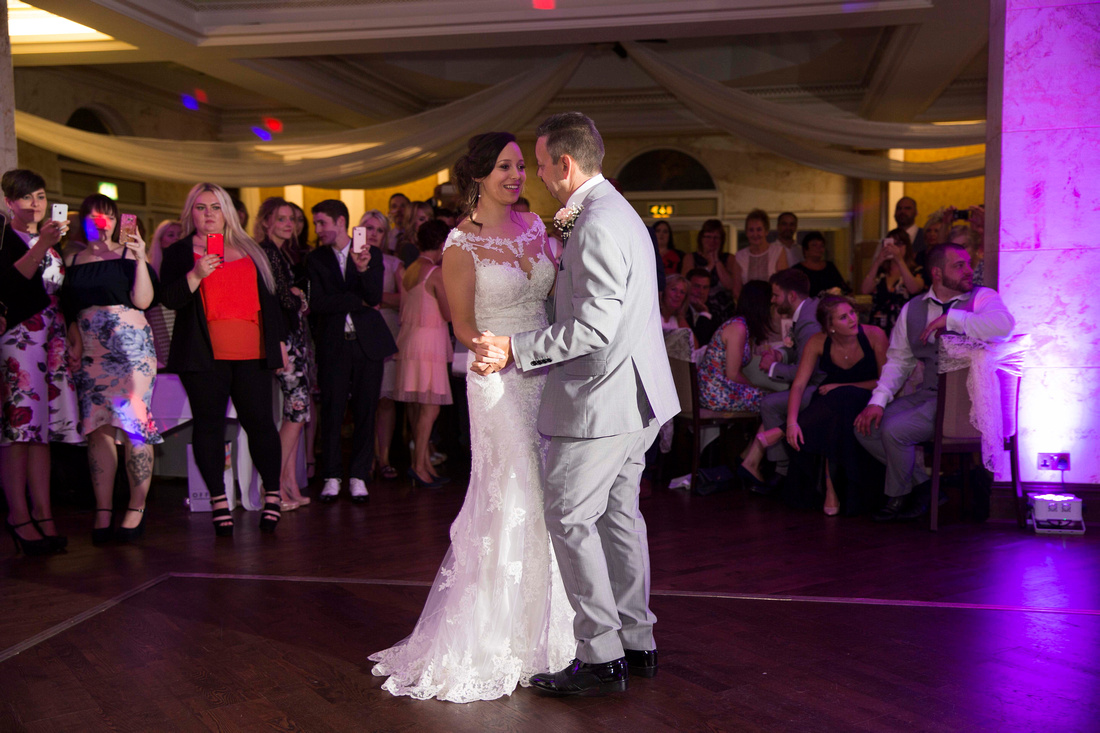 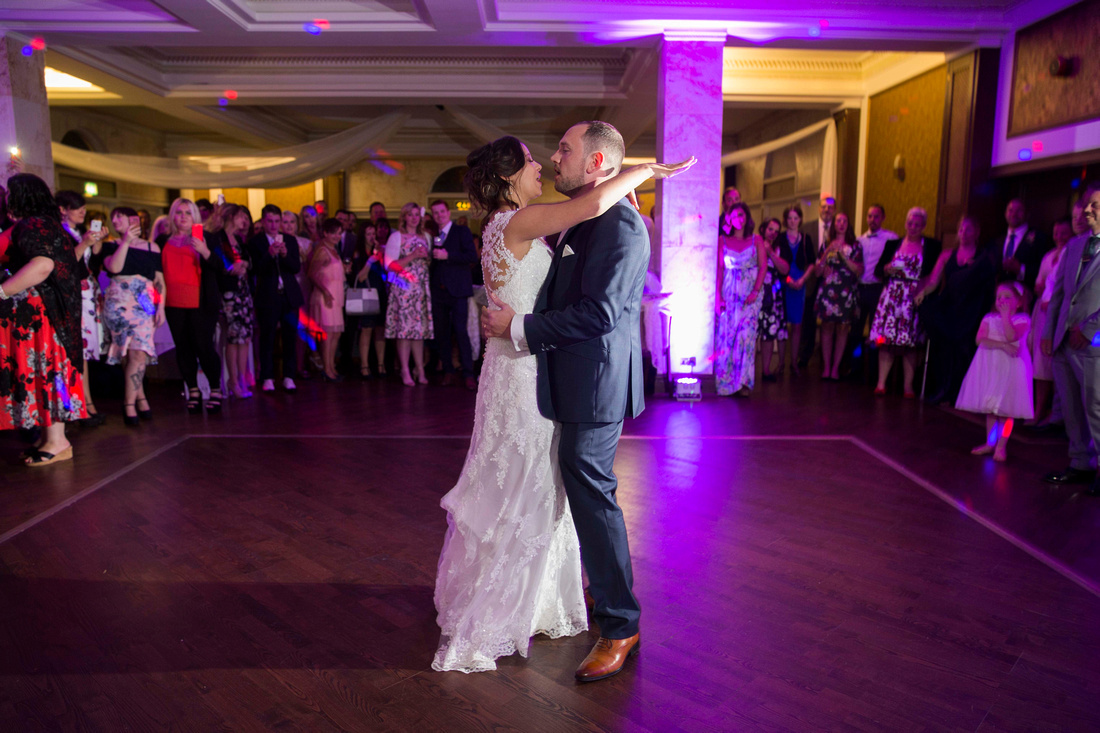 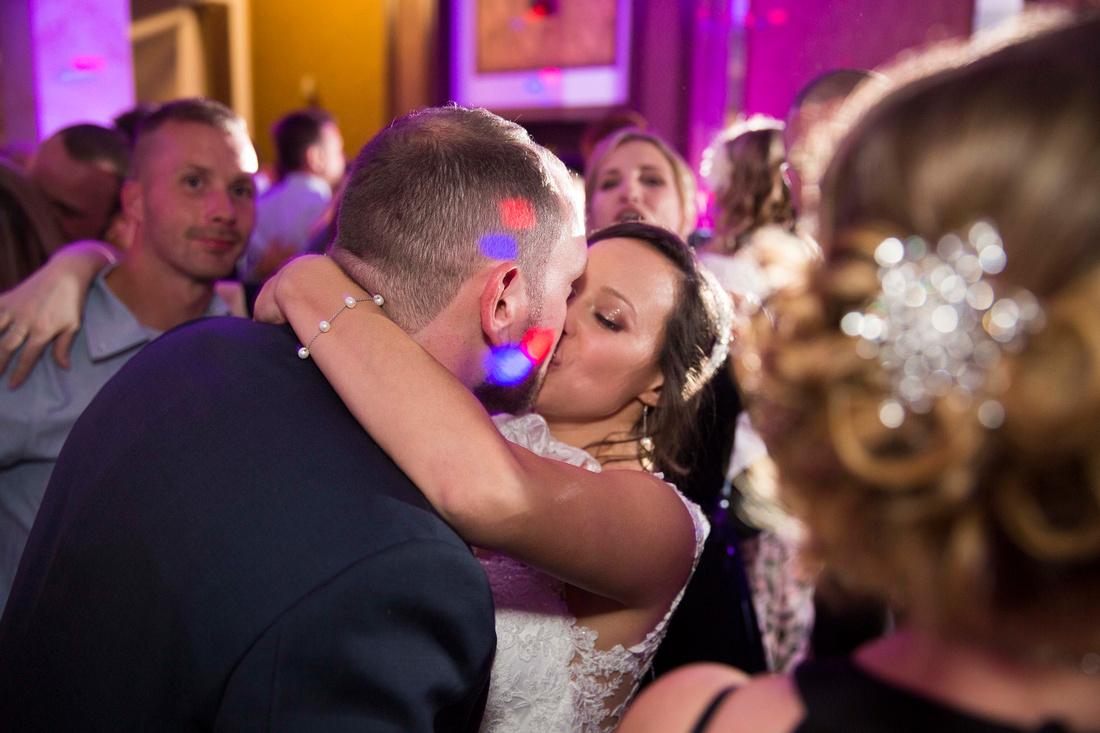 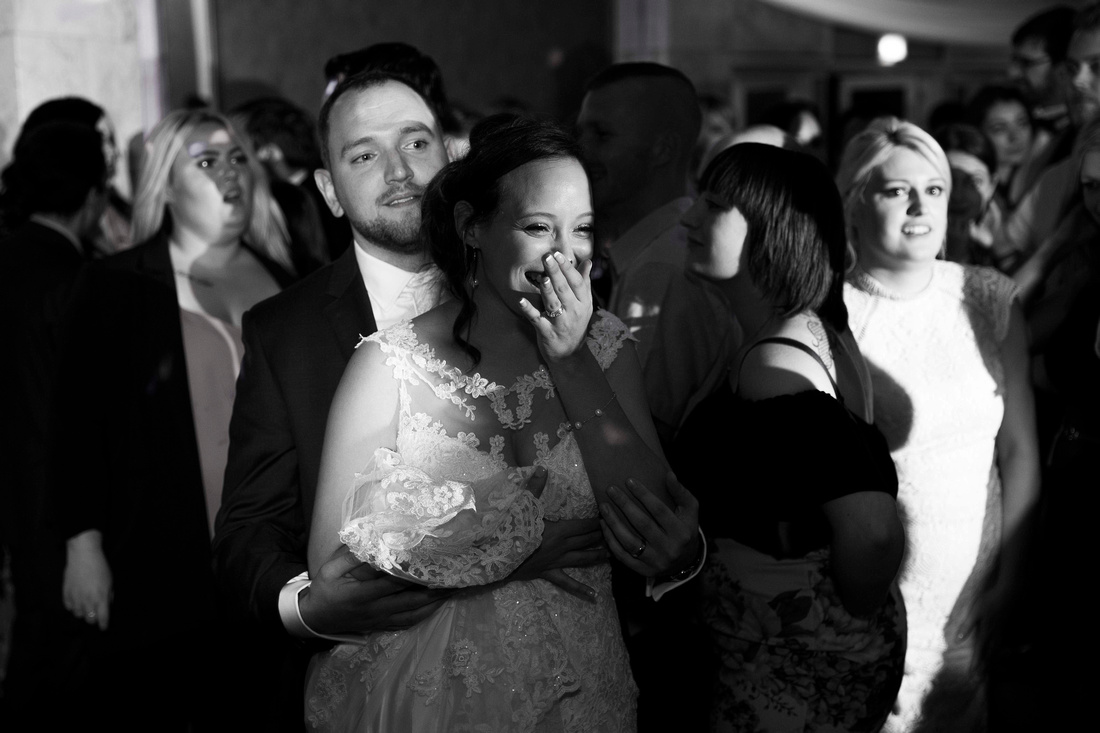 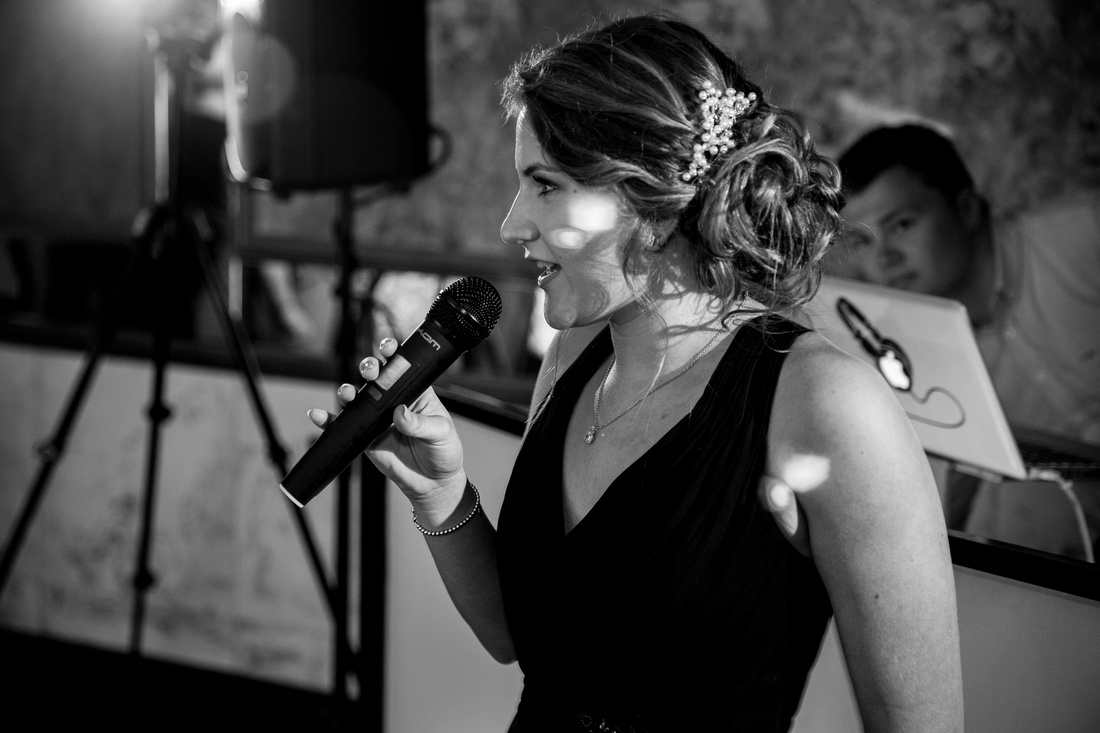 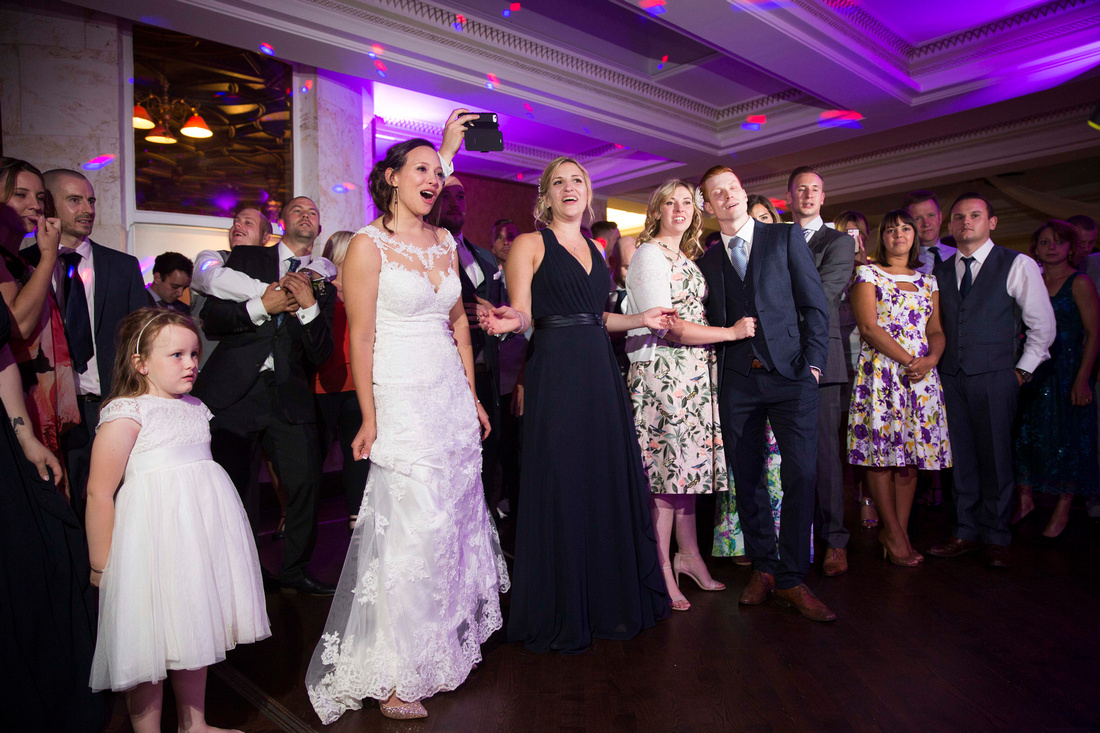 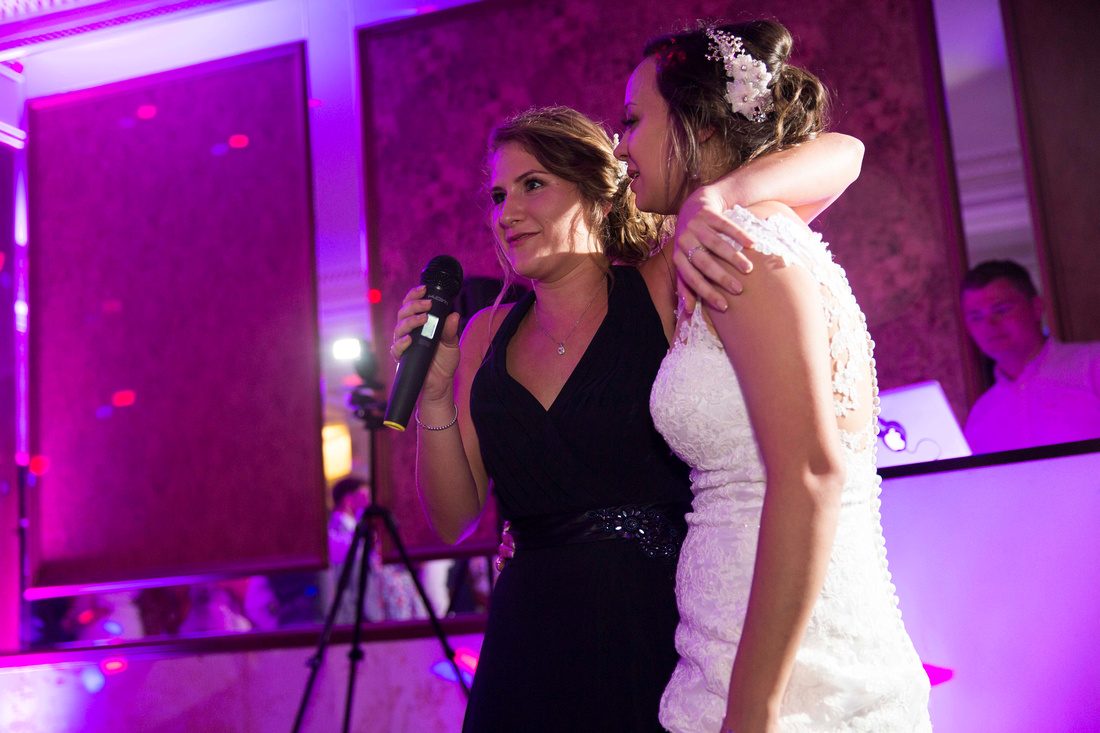 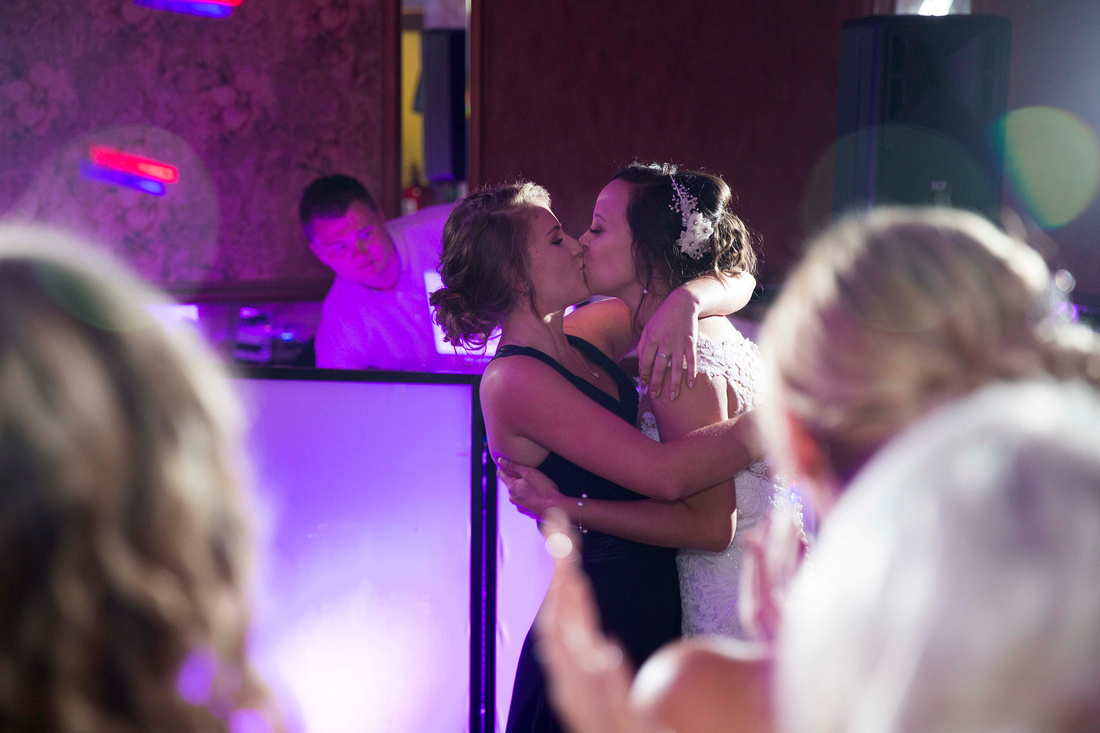 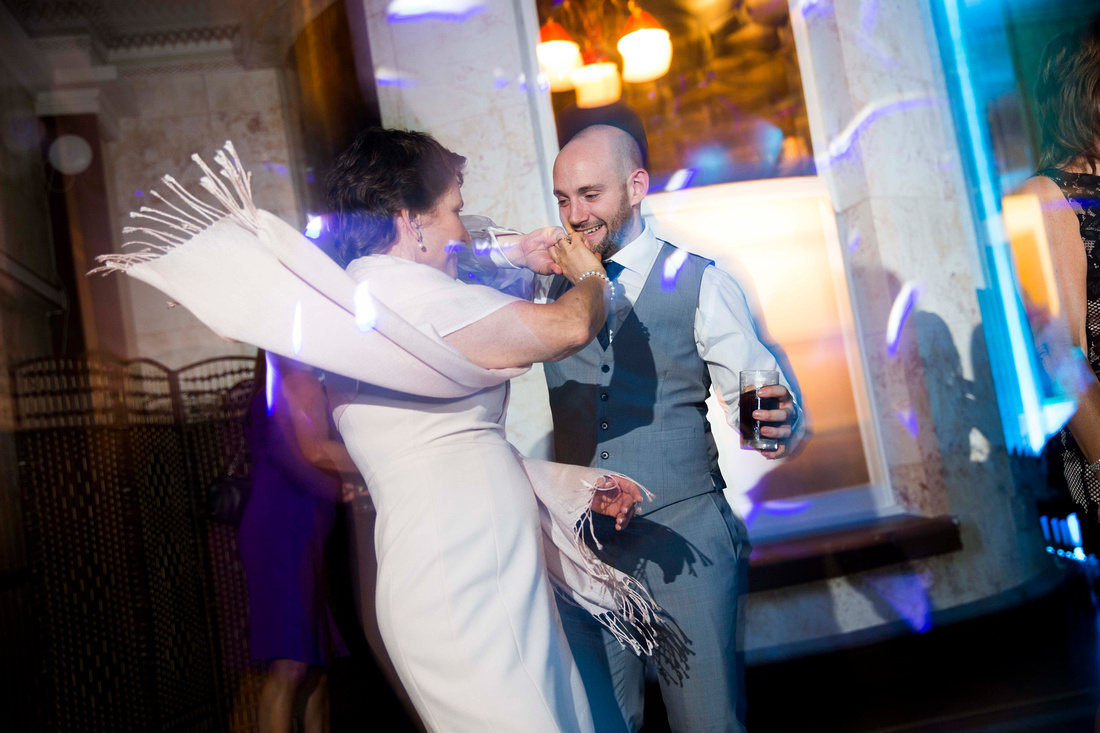 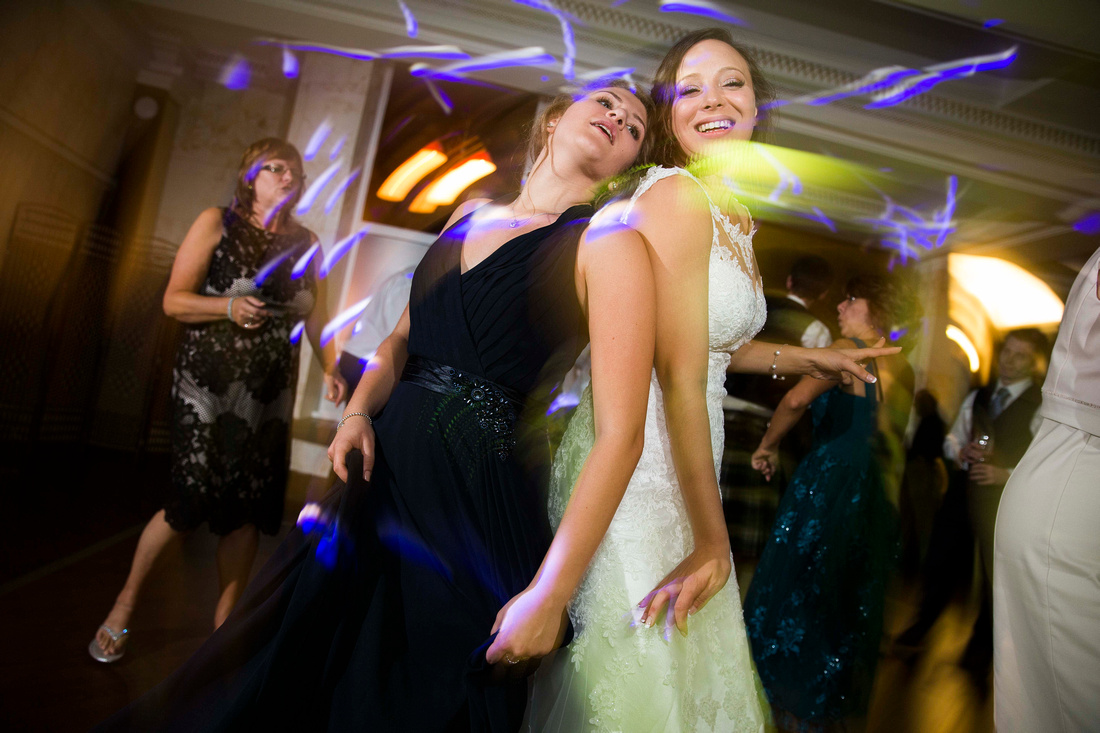